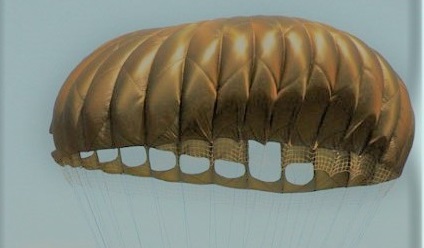 Editorial note: While the format of this series is that of a faux court filing, the facts are nonetheless the facts. Much about New Mexico’s flirtation with school reform over the last six years has not been closely monitored, particularly regarding the real beneficiaries of millions of dollars spent under the radar – the children of the state, or the contractors and insiders of a complex financing scheme used to benefit cheerleaders of a controversial movement and leader? It’s time that former Education Secretary Hanna Skandera’s Reform gets its day in the Court of Public Opinion.  Judge for yourself.

Golden Parachute: an arrangement between an institution and a high-level executive that provides weighty financial benefits to the executive upon leaving … at New Mexico’s Public Education Department it’s a lucrative contract tucked away in an IGA.

71. Rosa Emslie had previously served as PED’s director of the Quality Assurance Bureau.

72. As reported by the Albuquerque Journal at the time, Rosa Emslie’s new salary became $75,000/year.

73. The promotion made her a key player and advocate of Skandera’s controversial agenda. According to other PED employees, her primary qualification for the advancement was her willingness to ask, “How high?” when a boss asked her to jump.

74. And no matter how high she jumped, Rosa Emslie, and others like her, had no fear because her landing would be softened with a lucrative contract when she left her job.

75. Rosa Emslie worked closely with Matthew Montano, a key member of the senior staff, on the development and execution of Skandera’s controversial initiatives related to school grading, educator evaluation, charter schools, Reads to Lead, Bilingual Education, and other PED ventures.

77. Below the line spending was treated like a slush fund by PED, evidenced by the way Montano and Skandera ‘pressed into service’ the Region 9 Education Cooperative (REC 9) for its intergovernmental agreement (IGA) scheme described in an earlier part of this series (click here for link).

78. What became Rosa Emslie’s personal enrichment is evidence of the abusive use of school resources “below the line.”

79. Rosa Emslie worked at PED from April 2008, through April 2013. She held her position as director of strategic initiatives for approximately twenty-two months.

80. Then she seemed to fall off the radar, with some sources within PED suggesting Rosa Emslie may have left PED for reasons related to pregnancy and child rearing.

81. The Candle reached out to Rosa Emslie several times, seeking an interview for this report. We spoke with her once – she was in a meeting and asked us to call her back. She never responded to our follow-up calls, texts, and emails.

82. However, documents from REC 9, provide an interesting trail of payments to Rosa Emslie after she left PED – for work done on the programs she would have overseen as the director of strategic initiatives when she was a state employee – totaling more than $270,000.00 in just one 21-month period.

[NOTE: For the purpose of this article, when we refer to Rosa Emslie as the recipient of payment for PED derived work, we are referring to either her personally as Julia Rosa Emslie, and/or the company she signed contracts for, which operates as Julia Rosa Solutions, LLC, and which lists addresses on invoices of either Seattle, Washington, or Vista, California.]

85. While REC 9 did not send copies of checks for that period, making it difficult to verify if Rosa Emslie was paid the full amount under the FY 15 contract, The Candle did obtain copies of invoices and checks for the next two fiscal years, billed by another player in the procurement scheme, which contain charges made to REC 9, for other PED work performed by Rosa Emslie.

86. That other player, the Southern Regional Education Board (SREB), charged REC 9, for work performed by Rosa Emslie which was described in the invoices as “External Public Relations and Product Development.”

87. Rosa Emslie was working as yet another subcontractor for SREB (click here for link to previous story about SREB subcontractors NMSLI and Miles Consulting); and according to the SREB invoices to REC 9, she charged $100/hour, and averaged compensation of about $12,500/month, for an eighteen-month period from October 2015 through March 2017.

88. But that is not all that Rosa Emslie was making from PED derived work. Her company  had another contract with REC 9, for a strategic initiative of PED for the Department’s Bilingual Multicultural Education Bureau (BMEB).

90. From the copies of checks issued by REC 9, under the FY 17 BMEB contract, Rosa Emslie received at least $49,000.00, for work from August through May. The Candle does not have a copy of an invoice for May 2017, nor of any check which may have been issued by REC 9 for the last month of FY 17, so the amount paid to her company could be higher.

91. The Candle is not certain if Rosa Emslie billed only for her time for these contracts. It is plausible that she had employees working at her company.

92. However, as reported earlier, she refuses to provide The Candle any statement regarding her contracts. And the invoices reviewed make no reference of any other employees or contractors.

93. The Candle also examined REC 9 records of Rosa Emslie’s travel expenses from Seattle and California to New Mexico. The travel receipts list Julia Emslie, or Julia Rosa Emslie, as the only party for whom travel is reimbursed by REC 9.

94. The compensation Rosa Emslie has received under the contracting she had directly with REC 9, for PED work, and that received as a subcontractor for SREB, doing ‘public relations,’ is equal to more than twice her annual salary as a PED employee in 2011.

95. Officials of PED, REC 9, and SREB refuse to answer any questions about the hiring of Rosa Emslie or any former PED employees and contractors by SREB, nor will they explain the need for tacking on a 10% “indirect” charge to the Rosa Emslie invoices, and those of other subcontractors.

96. As New Mexico schools struggle with reduced resources, no one at PED is willing to explain Skandera’s (and now Ruszkowski’s) willingness to pay a premium for questionable charges – like the need for SREB to hire Rosa Emslie for “External Public Relations.”

In the next report – the focus will be on Pete Goldschmidt, the highly paid ‘numbers guru’ of Skandera’s school reform. After he quit PED in September of 2014, he continued to draw money  from New Mexico school budgets – as did his wife.

And in other reporting to come soon, emails and other documents sent by and to Matthew Montano, will paint an even clearer picture of how the guy who engineered the PED procurement scheme with REC 9, became PED’s godfather for Rosa Emslie, and several other PED alumni.

Click the headlines below for other related stories in this investigative series.

Tip of the Iceberg? Skandera Reform, In the Court of Public Opinion. Part 2.

Skandera Reform, In the Court of Public Opinion. Part One.