Before a gathering of procurement professionals and business people, New Mexico Auditor Tim Keller released a Report on State and Local Government Contracting – Y15 and FY16 (click here for link to report).

Following the lead of an earlier “Special Audit of State Agency Procurement,” which had exposed government agencies using loopholes in the procurement laws, the new report focuses on the negative outcomes from such practices – especially the losses to local companies when millions of dollars are spent on out-of-state contracts.

Out-of-state contracting is a sore subject for New Mexico, a state struggling with an inferior economy, and high unemployment.

“While there are natural reasons for some out-of-state spending, this report shows a clear path for creating thousands of permanent jobs by providing these opportunities to local businesses and entrepreneurs; that also means creating more tax revenue for our state,” Keller stated. 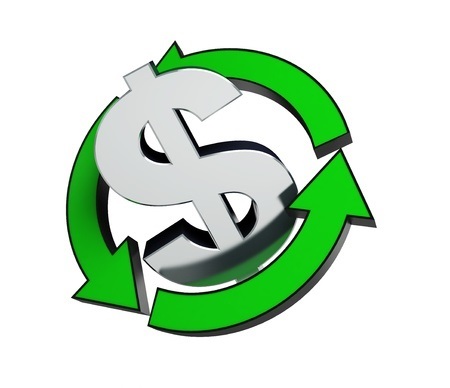 More than $2 billion was purchased from out of state companies in Fiscal Years 2015 and 2016.

According to Keller’s office, “State and local government agencies reported over $6.5 billion in government contracts in FY15 and FY16.”

But only 68% of that purchasing went to in-state companies – in other words, of the $6.5 billion spent in those two fiscal years, more than $2 billion was purchased from out of state companies (some of those purchases – about 9% –  are from out-of-state national vendors which have “varying degrees” of presence in New Mexico).

Most policy makers agree that spending government funds locally provides for a stronger local economy – yet the report shows “most agencies are not currently tracking their in-state purchases.”

Another finding by auditors was disturbing as well. “Only 10% of emergency procurements and 34% of sole source procurements resulted in contracts with in-state vendors.”

Not all bad news for local businesses.

Keller’s team identified some efforts that trend more positively for local procurement. The Albuquerque school system’s food service department “issues two food commodity requests for proposal: one targeted to local suppliers and one targeted towards larger intermediaries and food suppliers, according to the report.”

And New Mexico’s in-state and veteran’s preferences provisions in the competitive bidding procedures seems to have added some in-state contracting outcomes.

Keller’s staff wrote: “Agencies can increase the positive local impact of contracts with national vendors by requiring minimum numbers of local employees or graduates of local educational institutions to be used on New Mexico projects.”

The report also pointed to the benefits beyond the clearly economic ones, suggesting that local purchasing strengthened the ties business have to the community, and further encouraged support for other important goals like better nutrition through locally purchased food, and less pollution by reducing transportation requirements.

“When agencies use the competitive bidding process, they are more likely to contract with local businesses. What it takes is directive leadership by executive government officials when it comes to contracting, to demonstrate real commitment to move the needle on challenges like these in our state’s economy,” concluded Keller.

Audit of Public Education Department and Regional Education Cooperative to Include Look at Possible Procurement Violations and Conflicts of Interests.

In an ongoing investigative series on abuse of procurement loopholes by the state’s Public Education Department (PED), The Candle exposed a scheme which created contracts worth millions of dollars through intergovernmental agreements (IGA’s), twisting rules for sole source spending, and arranging subcontracts for former PED employees and friends.

On August 11, 2017, Auditor Keller released the following statement regarding spending by state and regional agencies, which has been the subject of The Candle’s investigative report: “Our office was made aware of possible procurement violations and conflicts of interests involving the Public Education Department and Region 9 Education Cooperative. We believe these concerns are significant and warrant an independent examination. Therefore, we are requiring these issues to be reviewed as part of their annual audits which will be finalized towards the end of the year.”