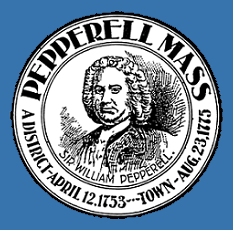 Missing Records? Disputed Accounts of Meetings? The Devil’s in the Details.

As previously reported by The Candle, the proposal could result in as many as 50,000 trailer truckloads of fill from construction sites throughout New England being dumped in an old gravel pit located near several neighborhoods and adjacent to the Nashua River.

Ahdab made a public records request in April and was frustrated by the performance of town officials in responding to her request.

The board of selectmen have stated they were not made aware of the project for months, claiming they were kept in the dark by two key town employees – both who were supposed to report to them directly – and on a regular basis.

The town basically dribbled out records over two months, but Ahdab and others concluded there were records missing.

Ahdab appealed to the SOS to issue an order for the town to release all the documents.

After receiving the order from the SOS, Survell responded with a few newer communications (click here to see those documents).

But there are still questions as to whether all the records have been provided.

The Candle has learned of at least two additional documents the town had in its possession for several months which it has still not produced.

One of those documents would likely have been attached to a copy of a February 2018 communication to the recently resigned and retired town administrator, and the other likely among records previously held by the recently resigned town planner – both might help shed light on the level of familiarity the developers may have felt they had with town officials, particularly due to the resistance by the two town officials to answer questions about their meetings with the project’s proponents.

It is not clear who has held back these documents – it could be they were held back from the town clerk.

Ahdab and The Candle have also experienced a considerable amount of foot-dragging by several town officials in answering basic questions about meetings held between two former town officials and the developer and consultants of the gravel pit reclamation project.

The new town administrator, John Moak, has been trying to find, and sort through, information that was held back by his predecessor and the recently resigned town planner.

Moak has set up a meeting – being held today – with officials of the Massachusetts Department of Environmental Protection.

He also is expected to report to the board of selectmen (BOS) at their meeting this evening, about the results of his request for proposal from several legal firms to represent the town in matters relating to the gravel pit reclamation project.

And Moak recently pulled together a working group among town departments to review the entire project and concerns residents have about its impact on their neighborhoods.

These efforts stand in stark contrast to those of his predecessor, Mark Andrews, who refused to answer specific questions about his meetings with the developer, other than claiming the project was a non-starter.

While the newer documents were created after the initial request for inspection of records by Ahdab (and in response to Moak’s recent inquiries), they demonstrate the recalcitrant behavior of another town employee who recently resigned from his position as town planner.

Former town planner Steve Parker wrote in an email to Moak, regarding his meetings with the consultants and owners of the project:

“John – I was just involved in one meeting and had no follow-up with the Town Administrator. I routinely speak with property owners regarding potential uses and this meeting was another routine conversation. My best guess as to a date would be late last year, but I’m not really sure. Once a property owner is told that a particular use is not allowed, that is usually the end of it. The only remaining action would be a re-zoning of the Town’s bylaw.  At that point, a detailed analysis would be performed. Perhaps Mr. Andrews has the date of the meeting in his calendar. Steve.”

While Parker characterizes his meeting as “another routine conversation,” the project he is writing about is anything but routine.

And Parker’s assertion that he had only one meeting is not necessarily accurate.

According to the timeline the project’s consultants included in the Soil Management Plan sent to the town late last month, there were at least two meetings held with “certain” and “various Town officials.”

Andrews has already placed Parker at the December 5, 2018 meeting at town hall through one of the few emailed responses made by Andrews to questions. And he is believed to have been at the February meeting as well, according to officials familiar with the February meeting.

While both Parker and Andrews have been asked to produce their notes of the meetings held with the projects owners and consultants, according to Selectman Roland Nutter, writing in response to Ahdab’s request for the notes, “…in regards to detailed notes from the meeting with Mr. Burton, it is my understanding that there has never been any.”

Nutter also wrote to Ahdab that, “As for Mr. Parker, I do not expect the we will ever see Mr. Parker at any of our meetings…”

The Candle has also asked for notes and other documents from Andrews and Parker about the project, only to have Nutter insist none exist, according to his two former employees, who refuse to speak for themselves with the public.

Nutter has continuously defended the two employees who resigned as this matter became more public – despite his admission that the two had not kept the board of selectmen informed.

Nutter has also refused to require either of them to come before the board of selectmen and explain to members and the public why they held information from officials for months.

After a recent meeting of the Pepperell Master Plan Advisory Committee, Nutter was asked why he had not demanded a detailed report from Parker, particularly as Nutter was his boss and had signed Parker’s recent contract.

Nutter angrily responded to the questions stating, in reference to Parker,

“I’m not going to have a discussion about it.”

Parker’s employment contract with the town, and signed by Nutter as one of his bosses, states clearly that:

Nutter was emailed after he made those comments, asking if he wanted to amend them in anyway, but he never responded to the offer to correct or explain his statement.