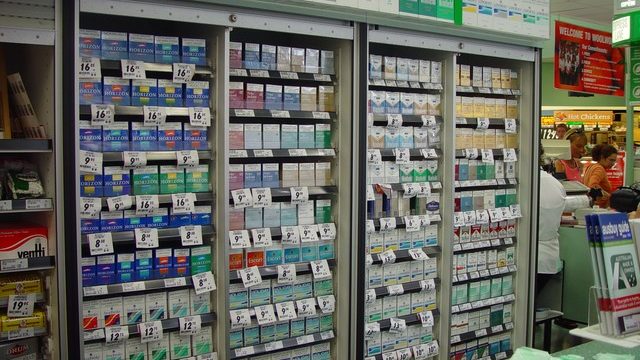 Dems Can Help NM Schools if They Stop Protecting Big Tobacco and Alcohol in Special Session.

As the old saying goes: Actions speak louder than words.

Democratic members of the House and Senate have a chance to do what they failed to do last month: present a real effort at reform in the revenue crisis by revisiting bills increasing revenue from tobacco and alcohol – bills they helped kill.

Instead of simply pointing a finger at the governor’s failure to put the public ahead of special interests, legislative leaders need to acknowledge their own errors, and correct them by taking a “mulligan.”

Two bills during the regular session which would have provided at least $200 million in new revenue for schools and other needed services were killed in committees that the Democrats in both the House and Senate controlled. (Click here for story by The Candle on Big Tobacco vs NM Schools.)

Then after taking care of those special interests quietly in committee, the New Mexico House Dems (as they refer to their political organization in fundraising emails) began using the current budget crisis as an issue to increase their campaign coffers.

Nobody denies that political committees need to focus on raising dollars for their candidates whenever they can.

But what about the public coffers – the ones that need expanding to fund education and healthcare?

The problem here is the New Mexico House Democrats do not want the public to look at their performance during the recently ended session.

After winning a campaign in November of 2016, during which they promised to stick up for the interests of families and grow the economy, they managed to side step those promises, and in January cut more programs in the FY 2017 budget with a series of so-called “solvency” measures.

In March they set about passing a FY 2018 budget and revenue package, which despite being better than the one proposed by the governor, still put the special interests of Big Tobacco and the alcoholic beverages businesses ahead of the state’s schools and other important social programs.

Then, notwithstanding their own failures, the New Mexico House Dems started sending out fundraising emails, pointing only to the Governor’s failures. The following passage is from one sent yesterday:

“The budget passed by the legislature would maintain funding for public education, healthcare, and other vital services.  And the revenue package would make the tax system more fair by closing loopholes, modernizing provisions, and restricting special tax breaks.

“We’re tired of the Governor protecting tax breaks for the powerful and well-connected by cutting funding for our schools and other critical public services.” – From April 12, 2017, email.

The Democrats think what the governor did was wrong because she protected “tax breaks for the powerful and well-connected.”

However, they did the same thing to protect Big Tobacco and the alcoholic beverages lobbies.

The upcoming special session affords the Democratic leadership an opportunity to walk the walk for the public, not just offer more rhetoric which is at odds with their actions.