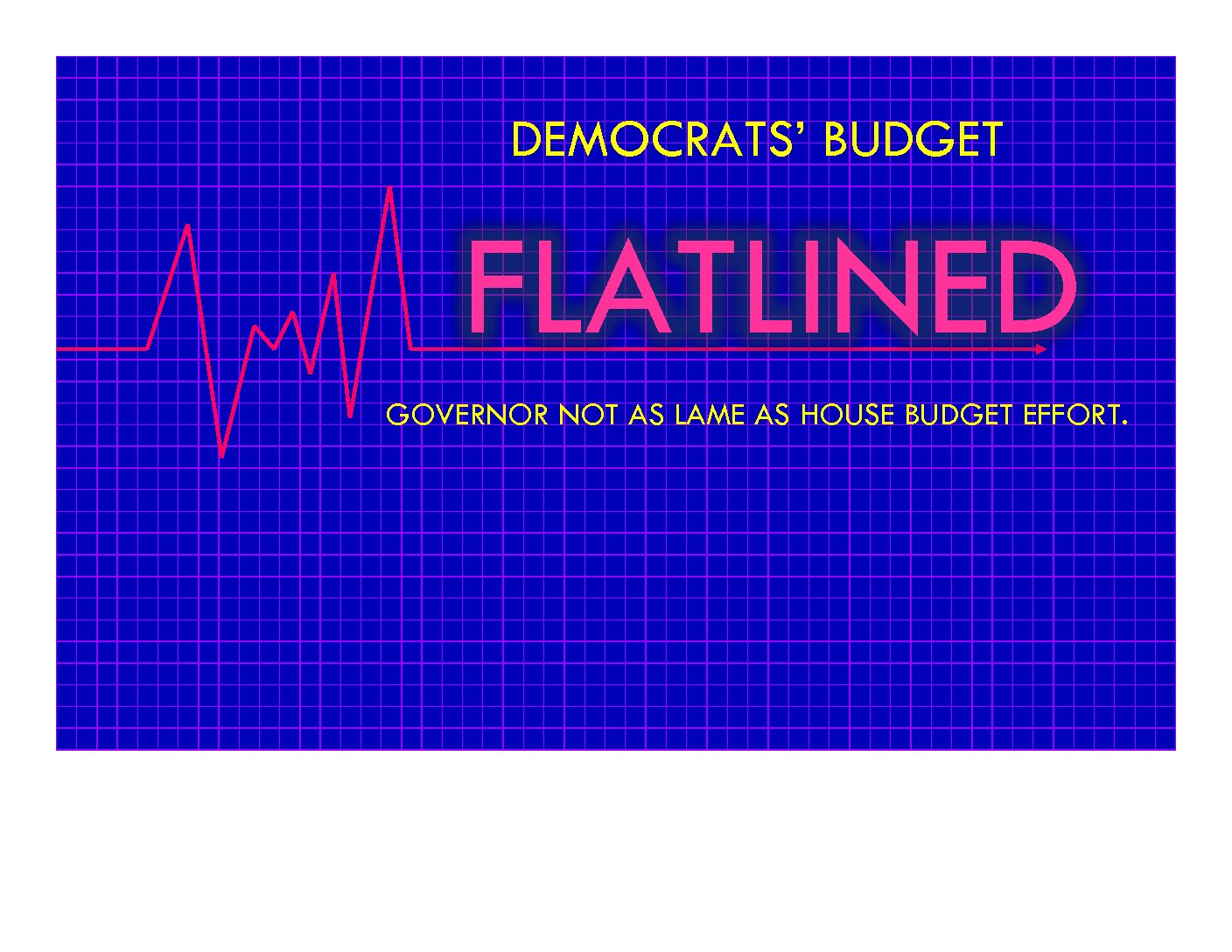 Dems’ Flat Budget a failure. Balancing a budget is not enough.

What difference did it make having the Democrats take over the New Mexico House of Representatives?

Well a preliminary review of the state budget plan from the House Appropriations and Finance Committee certainly has many advocates for working families and the vulnerable asking that very question.

Those in charge of the House since January seem satisfied to have created a ‘flat budget.’

It’s a budget with insufficient resources to defibrillate an economy in cardiac arrest.

Millions were spent by unions, progressive organizations and individuals to turn things around.

Advocates were hopeful about 2017, given promises the Democrats would govern for all folks, not just corporations and the wealthy, .

But the majority party House members seem too intimidated by the executive to deliver a budget and revenue package to the Fourth Floor that would end welfare for the wealthy … and save the New Mexico economy.

If someone doesn’t grab the paddles and yell: “CLEAR” during the House floor debate on the budget, then state government life support systems won’t be flat … they’ll be FLATLINED.

As reported in the Santa Fe New Mexican back in December, as he spoke of draconian cuts proposed for University of New Mexico Hospital and other agencies which provide needed care to children and the elderly, Chancellor (and emergency room medical doctor) Paul Roth told reporters, “This is more than just doctors and nurses losing their jobs. People may be losing their lives. Our kids are not going to receive the quality of medical care they need. Our parents may not have access to health care.”

There are just too many places in the House Democrats’ budget where hope gave way to intimidation from a veto threat.

As a result the education of children will continue to suffer; teachers and state employees will see another year come and go with no pay raise while family expenses rise; maintenance of infrastructure will be sub-par; needed construction projects will sit on the drafting table as more laborers and tradespeople continue to suffer high unemployment; hospitals will see growth plans placed on hold; and generally hopeless desperation will feed upon itself.

For all their election promises to working people, the plan offered by Democrats for an ailing government seems lamer than the status of a governor with less than two years left to serve.

This needs to be the year when the Democrats charge forward, not retreat.

The “flat budget,’ if not fixed during floor debate in the House, will lead to the fulfilment of the Chancellor’s prediction … people will suffer, and some may needlessly die.

Amendments need to be offered to prevent the majority from rubber stamping failure.

Balancing a budget is not enough.