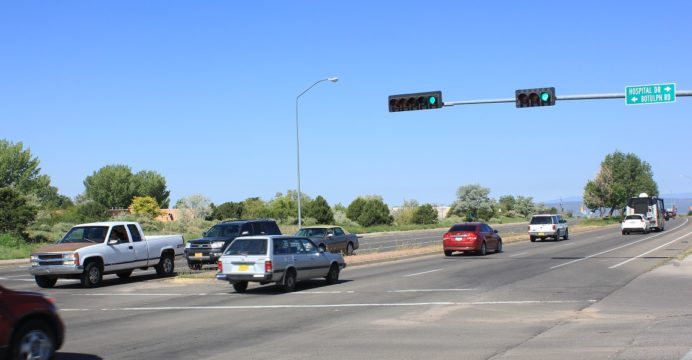 NM finally tops a nationwide list! Oops, not so fast.

While New Mexico is dying to get to the top of almost any list assessing states’ success at one social determinant or another, topping this one is not so good.

According to the National Safety Council (NCS), New Mexico stands almost all by itself when it comes to an increase in the percentage of motor vehicle deaths from 2015 to 2016.

The Land of Enchantment scored number one, with a 34% increase in vehicle related deaths. Its closest competitor for this distinction for the same period was Alaska, a full 6% points behind.

The average increase nationwide was 6%. Only seven states saw an increase in vehicle related deaths of 20% or more.

According to the NSC Motor Vehicle Fatality Estimates report “With continued lower gasoline prices and an improving economy resulting in an estimated 3% increase in motor-vehicle mileage, the number of motor-vehicle deaths in 2016 totaled 40,200, up 6% from 2015 and the first time the annual fatality total has exceeded 40,000 since 2007.” – Emphasis added.

Some argue that this is a very good time to increase rates on state fuel rates.

New Mexico has the lowest state fuel tax among its southwest neighbors, and now it appears there may be some correlation between an increase in the price of fuel and deaths on the road.

Next week The Candle will be filing a story on a related motor vehicle  topic – the condition of New Mexico roads and bridges.