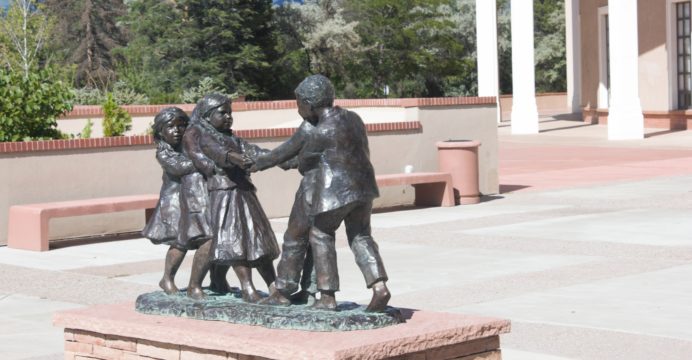 Sculpture of Children outside of Roundhouse.
HomeCurrent News
Feb 22, 2017 by Bruce Wetherbee -

Hey Kid, you wait behind the Oil guys.

That’s a term used back in the day for kids who came home from school to an empty home, or a home with little parental supervision.

There were socioeconomic consequences for kids who fended for themselves for part of the day – some positive, but many negative.

Well in New Mexico we have a new term for victims of another kind of child neglect or indifference towards kids by the community at large: backburner babies.

Backburner babies are the pre-school age children in New Mexico who are not afforded early childhood education opportunities.

That is because the state continues to underfund early childhood education, despite knowing the positive impact such educational opportunity would create for these children.

So who is responsible for turning their backs on these backburner babies?

Well some stingy New Mexicans, especially those from the business community. 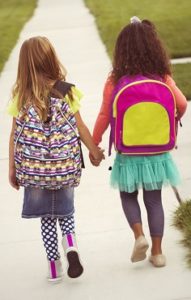 Will their siblings be turned away from early childhood education?

And if that is not enough, the Martinez Administration’s Children, Youth and Families Department has added itself to the list of Grinches stealing a positive future from these kids.

On Tuesday, testifying before a Senate committee, the director of Early Childhood Services for CYFD, put the administration at odds with Senator Michael Padilla’s (D-Albuquerque) bill to add a meager tax (0.01 per cent) on energy companies and create an early childhood education fund.

Given the recent outrageous failings of CYFD in protecting children from abuse, director Steve Hendrix’s testimony was at best disingenuous.

It was even more disturbing than the testimony of so many business lobbyists – and there were many, especially oil and gas folks – who give a lot of lip service to education reform, as long as it’s not on their dime.

Take for instance the testimony of Art Hull II against Padilla’s early childhood bill– Mr. Hull prides himself as being business’s premier lobbyist at the Roundhouse representing more than twenty major business clients.

Testifying for an energy company he represents as a lobbyist, Mr. Hull stated:

“I’ve raised three children and got seven grandchildren, and I am keenly aware of the educational issues that we face in New Mexico and struggle with, and the need to do a better job on the education side.

“But we think a bill like this … puts such a severe increase in costs on the very infrastructure that we need to build so that we can try to attract businesses to this state so there can be more jobs for those children and provide more revenue to the system to pay for education.”

Yeah, right … haven’t you seen those business folks tripping over themselves to help improve educational opportunity?

But back to the CYFD representative’s testimony.

“We stand in opposition to this bill,” Director Hendrix began.

Then he claimed that the administration has added millions to early childhood services since 2011.

Hendrix continued with, “We believe that unleashing hundreds of millions of dollars on the early childhood system could, and probably would, lead to some waste and abuse of public dollars.

“We also believe that it would diminish our work that we’ve put in over the past few years in building a high quality and responsible early childhood system.

“To be clear CYFD supports wholeheartedly increasing funding for early childhood services, but we believe in doing it in a responsible way, and that’s an incremental, gradual growth that the system can continue to respond to … and to continue to produce high quality services for the children of New Mexico.”

Hendrix failed to mention the thousands of New Mexico children waiting for early childhood education for which there is no money.

Hendrix’s assertion that “we believe in doing it in a responsible way, and that’s an incremental, gradual growth that the system can continue to respond to…” clearly places this effort on the back burner – where it has been simmering for too many years.

That means the number of New Mexico’s backburner babies continues to climb.