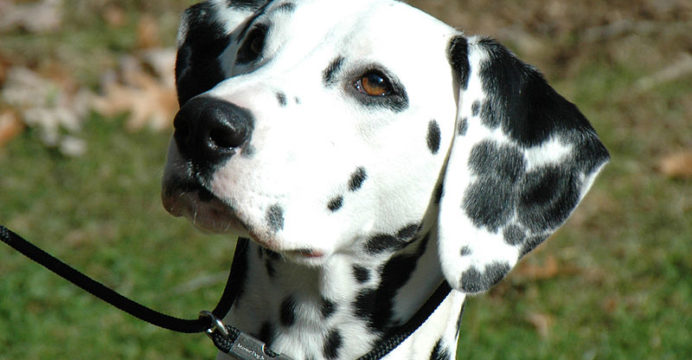 How Long Can Voluteer Fire Departments Survive? Inquiring Canines (among others) want to know. 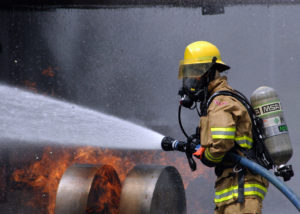 (Stateline, an initiative of The Pew Charitable Trusts, published a story entitled: Volunteer Firehouses Struggle to Find Recruits (January 11, 2017), in which it reported:  “The number of volunteer firefighters has been falling for decades here and across the country, dropping by about 12 percent from 1984 to about 788,000 in 2014. That has spelled trouble for cities and towns — especially smaller ones in more rural areas — that have always depended on volunteer departments to save thousands, even millions, of dollars every year on salaries and benefits.” Drawing from that story, and some local and national research, The Candle offers a view of Volunteer Fire Departments in New Mexico; this is the first of two parts.)

“The days of young folks staying on the family farm or the family ranch are long gone,” observed Fire Chief Rick Romero when speaking about what used to be a reliable pool of potential recruits for departments like his Cuba Volunteer Fire Department located in rural north central New Mexico.

“We have about 35 members” of the volunteer fire and rescue department, according to Romero, but it is getting more and more difficult to find folks who can put in the time and survive economically.

He has been forced to consider the role of the firefighter differently than in the past when more folks were available and capable of performing multiple tasks. As Romero explained, “We are not lowering standards,” but are redefining what some folks can do within his department.

Older recruits, such as retired teachers and other residents who may not be able to run towards a building with the fire hose are trained to drive the truck to the scene and operate the pumps for the firefighters closer to the flammable scene. And others can assist in keeping records and help organize training schedules.

Other departments throughout rural New Mexico are facing similar recruiting issues. The average age of New Mexico volunteer firefighters seems to be climbing, as younger people are leaving for regions they can find full time work, or begin a career.

Pie Town Volunteer Fire Department Chief Sam Palahnuk is concerned that volunteer departments, especially in rural areas, are maybe ten years away from closing down operations if there are not serious efforts to save this longstanding resource. His department has about thirteen firefighters with six emergency medical folks.

As reported in the STATELINE article:

“The decline in volunteers has become more drastic in the last decade, as young people have moved out of rural areas and into bigger cities.”  (Click here for a link to the full STATELINE story.)

Volunteer departments suggest ignoring these facts will eventually be costly to the public. It is estimated that volunteers provide about $139.8 billion in savings annually to U.S. communities, which would otherwise be footing the bill for pay and benefits to full time departments.

New Mexico sits slightly above the average of the rest of the country when it comes to the percentage of volunteer firefighters to career or mostly career paid departments. Of the approximately 244 fire departments in New Mexico, 216 are staffed by volunteers, or a little more than 88%; the national average for states is about 87%.

Captain Ken Riley, who works half time coordinating Emergency Medical Services for the Columbus Volunteer Fire Department, said his department has implemented a modest stipend to volunteers who do ambulance type runs. It amounts to $16/trip, and the average trip or call takes at least three hours.

Being close to the U.S. border, in addition to its regular emergency calls, the Columbus department is called upon to deal with emergencies sent their way by the Port of Entry. While in the past it would receive some compensation for this service from national and international agreements, those dollars are no longer available, making it more difficult to keep pace with the work requested of the volunteer department.

While state and insurance generated funds are usually available for equipment and training, that’s not the situation for helping personnel. Because of that, many rural departments are having serious problems with recruitment of new volunteers as well as with retention of experienced, trained personnel; some of it directly due to personal expense.

He was particularly concerned that New Mexico’s economic crash was compounding the problems with recruitment; young people are leaving an area where there had been growth from the 1970’s until about 2008. And poor economic conditions make it all that harder to absorb the personal costs which come with volunteering, especially with the need to update training.

These problems for volunteer fire departments are not isolated, as most every state is experiencing a loss of volunteers.

The STATELINE story reports on the efforts in some states to provide tax breaks for volunteer first responders in order to address the fall off in their numbers:

“Other states are choosing to forgo state revenue to give income tax credits to volunteer firefighters. Nebraska passed a law last year, and similar laws are on the books in Delaware, Iowa, Louisiana, Maryland, New York and South Carolina. Some of the laws also apply to other emergency responders, such as paramedics.”

But some of the solutions offered in other states probably won’t work as well in New Mexico according to Romero. While not dismissing the tax breaks outright as being worth a try, the Cuba Fire Chief pointed out that for many of his volunteers, or potential recruits, the tax incentives would probably provide little or nothing of value as they have limited income potential due to a failing economy, especially in their area.

And both Riley and Palahnuk, acknowledging that a similar approach with tax breaks for New Mexico’s volunteer firefighters and emergency personnel would be a tool in their recruitment kit, did not embrace the concept as a silver bullet.

Most of those contacted support the existing stipends as a help in deferring personal cost such as fuel expended when responding to emergencies; others suggested improving on the stipends, and also covering expenses related to loss wages when volunteers attend mandatory trainings (which sometimes involve several days), would be a good incentives.

Almost everyone pointed to dangers of waiting any longer to find solutions, as it is getting more difficult to keep up the numbers of volunteers needed to provide the levels of safety services people deserve.

Some of them agreed that the legislature could look at the way funds from insurance company assessments are limited to equipment and training costs, and maybe include stipend expenses as an allowed use.

But beyond a specific fix, they all want to see this issue addressed at the state and local level of government, with the volunteers included in the discussions and drafting solutions.

If policy makers do not respond, Volunteer Fire Departments may be a fond memory. Much to the disappointment of the public.

Not to mention the Firehouse Mascot.

The Candle will be posting a follow-up to this story in the near future. More interviews with volunteer first responders as well as local and state officials will be presented in the next post. If you would like to offer your thoughts, particularly if you are a volunteer firefighter and/or EMT, please send an email to: