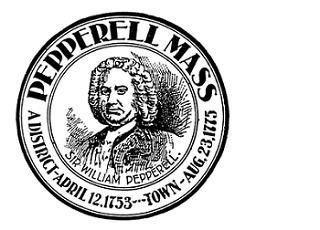 “As I told you before … we don’t do any quota system.” – Pepperell Selectman’s response to lack of diversity on planning committee.

Pepperell, Massachusetts – At the April 19, 2018 meeting of the Pepperell Master Plan Committee co-chair Roland Nutter was challenged about the process by which committee members were selected.

Resident Tony Beattie raised a point of order about the lack of diversity on the committee.

Nutter responded, “Well we’re not going to change the make-up of the committee … I know you and others want to see more females on it. As I told you before we don’t have in this town, we don’t do any quota system.”

“So, we don’t look at all that when we are looking at putting a committee together,” Nutter went on, also adding, “The committee has been picked. Adding more people to it isn’t really going to change the output.”

After the meeting, Nutter, who is also a member of the town’s board of selectmen (BOS), told The Candle that the BOS appointed the committee members, and that the names were recommended by the town administrator Mark Andrews.

The lack of diversity in the composition of the Master Plan Committee raised by many of those attending the meeting was not only about gender.

It was also about the focus of interests and associations of the majority of those appointed.

Nutter was questioned as to why so many of the positions were filled by individuals representing business interests.

According to records presented to The Candle, at least nine out of thirteen of the committee members are also members or associates of the Pepperell Business Association (PBA).

Nutter is not only a selectman for the town, he and his company are listed on the PBA business directory, ostensibly making him a member of the organization.

Pepperell town administrator Andrews, along with the town’s planner, Stephen Parker, are also listed as affiliates of the PBA, as community partners.

All three of these town employees list themselves under the heading of Town of Pepperell, 1 Main Street, along with their town of Pepperell email addresses.

Town of Pepperell’s finance committee member, Mark Vasapolli, is listed as the president of the PBA.

Vasapolli also appears to have been appointed to the Master Planning Committee by the BOS.

Will Board of Selectmen Change Course?

On the agenda is an action item to discuss and act on the reorganization of the BOS.

With a new member elected to the BOS last week, there may be a shift away from a BOS that has handed much of its authority over to the Town Administrator – more than the delegation anticipated in the town charter.

In recent years the BOS members have all been members of the Pepperell Business Association (PBA) – Until last year, when a write-in candidate upset the absolute dominance of the PBA on the town executive branch of government.

In a close vote, but still remarkable, Lisa Ferolito ousted PBA affiliate Steve Themelis from his seat on the BOS.

He was defeated again, this time by Bill Greathead, who garnered about 65% of the vote.

Despite his loss, Themelis – who has served the town in several capacities for many years – is still involved with town issues as a member of the Master Planning Committee.

For his part, Greathead told The Candle in a recent interview that he is not planning on associating himself with the PBA.

He supports the town’s business community and wants to see the town grow, but wants Pepperell to keep its small-town character.

Selectman Roland Nutter is now the only member of the PBA sitting on the BOS.

At least thirteen other town residents, six of whom are women, applied to the BOS to be appointed to the Master Planning Committee.

The current composition of the master planning committee, contains either thirteen or fourteen members – nine of which are PBA affiliated.

All were appointed by Nutter and his colleagues – including recently replaced selectman Melissa Tzanoudakis (another PBA affiliate).

Despite Nutter’s claims that there is no “quota system,” it’s reasonable to suspect a bias in favor of the PBA and its supporters when it comes to Nutter and his former colleagues issuing appointments.

As expressed by people in the audience, and in conversation with The Candle, the importance of the business community’s involvement in having a strong voice in the town’s master planning is accepted by many, including those who raised the diversity issue.

They want there to be representation by broader interests of the town as well – so that it’s not so one-sided.