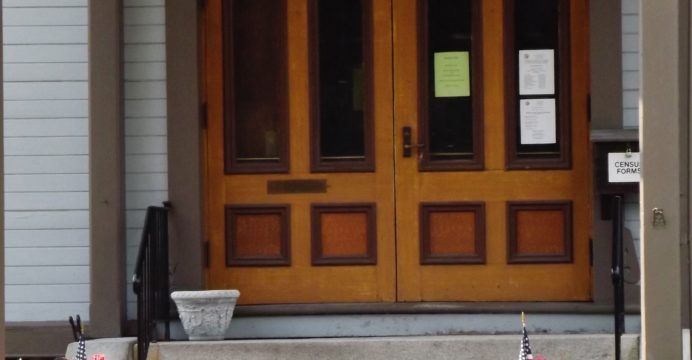 Town Planner – A No Show at Most Selectmen Meetings for more Than a Year.

PEPPERELL, Massachusetts – Town Planner Steve Parker apparently has chosen not to attend yet another meeting of the board of selectmen (BOS).

According to an email sent this afternoon by chairman of the BOS Roland Nutter to a constituent, “As for Mr. Parker, I do not expect that we will ever see Mr. Parker at any of our meetings and in regards (sic) to detailed notes from the meeting with Mr. Burton, it is my understanding that there has never been any.”

Nutter was responding to resident Caroline Ahdab’s emailed question “Where 161 Nashua Road is on the Board of Selectmen agenda, will the Town Planner will be attending?”

According to the list of attendees in the minutes of the meetings of the BOS since at least June of 2017, Parker has been an apparent no-show at BOS meetings for more than a year, .

He has also avoided answering many questions regarding a controversial gravel pit reclamation project proposing the transporting of about 4 million yards of excess fill from construction sites in at least three  New England states – such a project would require between 50,000 and 60,000 trailer truck trips.

Ms. Ahdab was asking if Parker would be in attendance this evening to respond to some of those unanswered questions.

Parker, who announced his resignation within five days of questions The Candle raised about his commitment to his full-time job for the town of Pepperell, still refuses to answer specific questions about the meetings he had with the business people pushing for the reclamation project – and he continues to dodge the questions related to his general work attendance and reports.

His former boss, town Administrator Mark Andrews, also recently informed the BOS of his intention to leave his job in July – Andrews has been using a combination of sick time and vacation time to run out his days until he officially retires in mid-July.

Andrews was responsible for hiring the town planner, and created a contract for Parker which, while requiring him to devote: “full time and attention to the business of the Town…” does not require him to submit a weekly time card.

Andrews also set the salary for Parker – at about under $70,000 annually.

On May 30, 2018 The Candle reporter sent the following questions to Parker:

Do you work full time?

It is my understanding from reading your contract that your duties, among other things, “are to coordinate the activities of the Planning Office; and to report to the Town Administrator and the Board of Selectmen on a regularly scheduled basis on the activities of this office.”

When was the last time you met with the board of selectmen to report to them of your work?

I have a copy of the minutes posted for the meetings for the board of selectmen (BOS) since the implementation of your most recent contract (and the month just prior to the new contract), and upon a review of them, have not seen your name listed as an attendee at any of those meetings, nor is there any reference to you having submitted any report to the BOS.

Have you submitted written reports to the BOS or the town administrator?

If so, when did you submit reports, and what were those reports about?

Where would one find those reports either on the town’s website or at what office would they be kept?

Here is what The Candle found from the official minutes that have been posted on the town’s website (The Candle has requested to review minutes of meetings not yet posted, however throughout April, May and June of 2018 it appears from observation of others in attendance at those meetings that Parker was not in attendance):

NOTE: The Candle has called and emailed Parker several time seeking his comment about what work he does for the town of Pepperell, what reports he has submitted to the BOS, as well as when he does it. He continues to ignore our inquiries.

This story’s headline has been updated, as there was one Selectmen’s meeting Mr. Parker attended earlier this year.