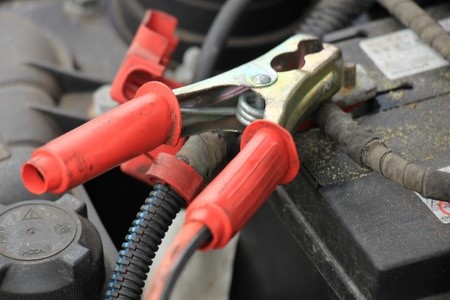 New Mexico’s economic pulse is barely evident these days … it has become a ‘dead state walking.’

If the state is to jump start its economy, its leadership cannot continue to malinger when it comes to seeking help from federal programs.

Of the five states with the highest unemployment rate, state government leaders of four of them have been aggressive in seeking and getting significantly more help from federal agencies like the US Department of Agriculture’s Rural Development divisions for economic development dollars; housing assistance for low income people; water project investment; electrical, telecommunications, and larger scale renewable energy grants and low interest loans.

New Mexico’s efforts can best be described as anemic.

Look at the chart below and compare New Mexico’s per capita receipt of USDA dollars with that of the Alabama, West Virginia, Louisiana, and Alaska.

New Mexico has the second highest unemployment rate in the nation, but the New Mexico state agencies that could apply for more assistance seem to be paralyzed when it comes to adequately seeking help from their federal counterparts.

West Virginia (like New Mexico) has serious employment and poverty issues. To help pull itself up, the political leadership made sure that its state agencies assist its citizens, local government and local small businesses apply for and receive USDA funding of more than $335 million in 2014; $345 million in 2015; and $317 million in 2016.

According to the 2016 USDA Rural Development Progress Report (see link to same at end of this article), substantial progress has been made to help states with rural populations across America. In that report, Rural Development Under Secretary, Lisa Mensah writes:

“Thanks in part to the Recovery Act, Rural Development investments, and the hard work and resilience of her people, rural America as a whole is seeing job and income growth for the first time since the Great Recession of 2008. We are also realizing a reverse in outmigration from rural areas and lower rates of poverty. But too many rural communities have not yet fully shared in that recovery. There is more work to be done.”

While the programs Ms. Mensah refers to are available to literally every state which chooses to fully participate in, New Mexico state government is kind of like the ‘horse you can lead to water, but …’

For the past six years New Mexico’s governor has insisted the state relies too much on the federal government; and too many legislators, mostly Republicans, but some Democrats as well, have chosen a passive approach in responding to an ideology run amok, resulting in an intensifying downward economic spiral.

Literally millions of dollars that could help resuscitate the state’s economy have been left on the table.

When a parent decides to deny lifesaving medical help for their child due to philosophical or religious beliefs, some part of the government, usually with the support of the courts, steps in to protect the child from harm, and ensures treatment is provided.

So, when the leadership of a state chooses to place its philosophical beliefs above the needs of the body politic by denying life support measures to a dying economy, who will step in?

In the days leading up to the 2017 Legislative Session The Candle will write about other failures to make use of legitimate federal programs which could help New Mexico climb out of the pit it has landed in.

While there is new leadership in the legislature, there has not been a definitive statement made yet which implies that this co-equal branch of government will stand up to the executive and demand a stronger effort to grow the economy – a short term and a long term plan to grow out of the fiscal mess New Mexico is in.

Insisting in budget language that there be a policy for efforts to seek out every available development-assistance dollar from federal programs would be a start.