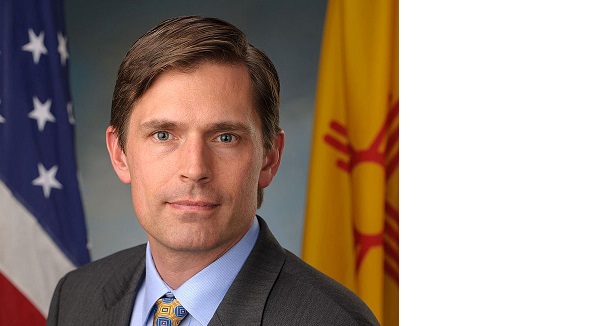 Update to earlier filed story: Senator Martin Heinrich’s Washington staff followed up our request for his remarks regarding an earlier story (click here for earlier story) on the letter sent to President Trump by twenty-nine US senators requesting that the new administration reconsider its plan to cut agricultural and rural economic development funding by $231 billion, by issuing the following statement:

“To answer your question … Senator Heinrich supports full funding for Rural Development programs, including maintaining the USDA programs that the Trump administration wants to eliminate like USDA funding for water and wastewater infrastructure projects and USDA’s small business programs. He also supports efforts to maintain the Under Secretary for Rural Development at USDA.”

According to Heinrich’s spokeswoman Vanessa Valdivia, besides supporting matters contained in the letter, Senator Heinrich, in his role on the Senate Energy and Natural Resources Committee, “has fought for reliable funding for rural counties, including Payment in Lieu of Taxes (PILT) and Secure Rural Schools (SRS) programs. He recently introduced bipartisan legislation to restore urgently needed federal funding for vital resources in rural counties in New Mexico and across the country.”

In a statement released last month Senator Heinrich pointed to examples such as exist in Cibola County, where “county officials have had to eliminate all road improvement projects—and will even need to cut back on routine maintenance on school bus routes.”

“We can’t leave rural communities hanging. Rural counties need these programs, they need them to be reliable, and they need them now,” according to Heinrich.

(Click here to read a copy of the bill.)

Heinrich’s staff also pointed out that in the recent budget bill to fund the government through September, he and Senator Tom Udall (D – NM) “helped secure key funding for rural New Mexico, including:

The Candle is still awaiting an answer from Senator Tom Udall’s office to our question earlier today regarding the letter referred to above, and will publish it if it is received.