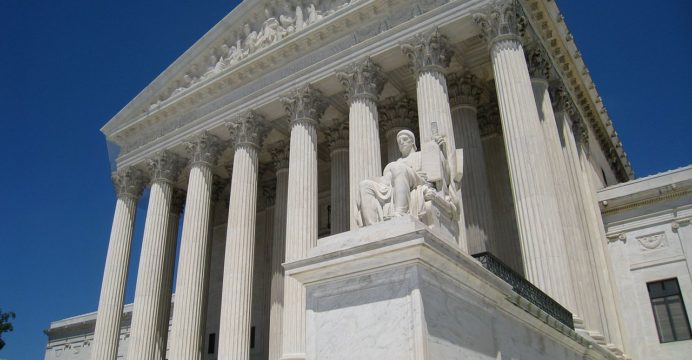 SCOTUS: States Like NM May Collect On Internet Sales … But Benefit May Be Short-lived.

In a 5 to 4 decision the matter (SOUTH DAKOTA v. WAYFAIR, INC., ET AL), SCOTUS held that a decades old decision, referred to as the Quill case, was outdated and did not take into consideratio

The Quill decision blocked South Dakota (and other states) from requiring internet sales operations form collecting taxes on sales by companies like Wayfair, which do not have a physical presence in the state.

Justice Gorsuch, the newest member of SCOTUS, summed up the inequity created by the 1992 Quill decision, writing, “For years they have enforced a judicially created tax break for out-of-state Internet and mail-order firms at the expense of in-state brick-and-mortar rivals.”

The Wayfair opinion should be a help to New Mexico revenue needs by expanding the ability of the state to require companies not based in New Mexico to now collect the taxes on their internet sales and send that revenue back to the state.

While some estimate the ruling will provide tens of millions on increased revenue for New Mexico, much will depend on what legislators do in their next session.

And while this ruling will open new doors for the state to collect money that has slipped away through previous policies allowing internet retailers off the hook, some relief was already happening.

Amazon – the internet retail behemoth – voluntarily started collecting GRT on their New Mexico sales about a year ago – although that does not include the third-party sales generated through their operations.

The positive revenue results of the SCOTUS decision for some states, including New Mexico, might be short-lived however.

While the SCOTUS decision today may be a significant boost for the state’s revenue picture – which until the last few quarters of increased oil and gas income had been fairly bleak – there is another problem looming for lawmakers as a federal action permanently preventing states from taxing access to the internet is due to kick in in July 2020.

Years ago, a federal law designed to help the then infant internet industry grow, prohibited states from taxing internet access.

In 2020, that grandfathered exemption will be eliminated.

When the exemption is eliminated some estimate the General Fund revenue loss will be greater than any possible revenue gains from the recent SCOTUS decision on Wayfair.

This could hurt revenue prospects for local governments as well as the state, because GRT from internet access is currently a significant and stable revenue source for municipalities and counties across New Mexico.