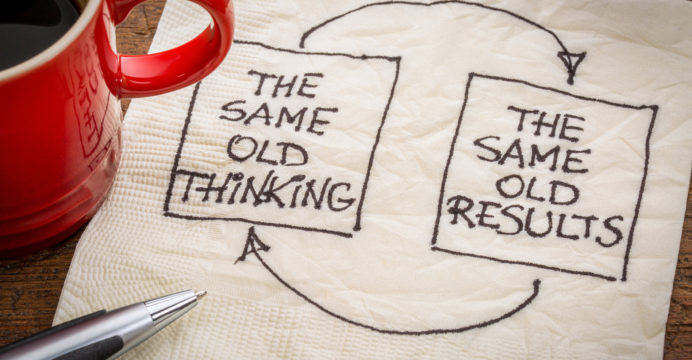 The good news: New Mexico grew Health and Education Jobs by 5,000 during the past year.

The bad news: The Legislature and the Governor are cutting real spending in both of those growth sectors.

New Mexico has been suffering job development, while most of the country, and certainly the state’s neighbors, have seen significant to substantial job growth since the great recession years 2008 -2009.

But there is some hope. Health and education related jobs, have been on the rise.

Since 2011, when Susana Martinez took the reins as New Mexico’s Governor and primary person in charge of job and economic development, about 54% of job growth has occurred in health and education services (see charts at end of article).

Much of that growth is due to the Governor’s decision to include New Mexico in coverage provisions of the Affordable Care Act, also referred to as Obamacare.

Between 2013 and 2017, there has been an approximate annual increase (end of year) of about 5,000 new jobs created in health and education related fields of work.

Education and Health Services. Bureau of Labor Statistics. US Department Of Labor.

The total education and health care job growth from December 2011 and December 2016 has been 19,400, compared to the overall job growth of 36,000, during that same period, according to statistics from the US Department of Labor’s Bureau of Labor Statistics.

So why have the legislature and the governor both presented versions of the state budget for the next fiscal year which essentially cut back, in real terms, on spending in both of those sectors of an otherwise sputtering economic engine of New Mexico?

While the political battle lines are drawn between a Democratically controlled legislature and a Republican controlled executive, the victims of the back and forth accusations of failure are the state’s children and people in need of health services … not to mention those needing jobs.

Progressive leaning advocates need to step up their game here, as it appears the legislature will either call itself to return to a special session to deal with the budget, or be called back by the governor.

For average New Mexicans, there could be a silver lining to the cloud over the budget, if pressure is applied to politicians to get real and try some new approaches to job creation and funding – and stop catering to special interests.

As The Candle has reported in a previous article (click here for that article), education spending is actually being decreased by about $37 million dollars (over the original FY 2017, budget) in the legislature’s version for FY 2018.

The legislature’s version also leaves out any real effort to increase health care job creation in an affirmative way. While adjusting the laws on taxing hospitals to level the playing field and increase some revenue for Medicaid related services, they did nothing to provide a health care provider assessment to assist in job creation for positions such as direct care givers (nurses, aides, technicians, and other providers) as well as home care and outpatient type service positions.

When they do come back, both the executive and legislative branches of government owe it to their constituents to continue to grow these health and education related jobs.

They should revisit bills filed by Senator Morales (D – Silver City) and Senator Cisco McSorley (D – Albuquerque) in the regular session, increasing tobacco and alcoholic beverage taxes which would provide the state an additional $200 million in revenue for education and other services.

And an innovative effort to assess a fee on hospitals and other health providers, could create a fund to hire more nurses and other professionals for better staffing.

If the state is spending millions on educating students in health and education fields at UNM and New Mexico’s Community Colleges, shouldn’t there be a plan to put them to work?

From the United States Department of Labor – Bureau of Labor Statistics

Data Type:    All Employees, In Thousands

Data Type:    All Employees, In Thousands