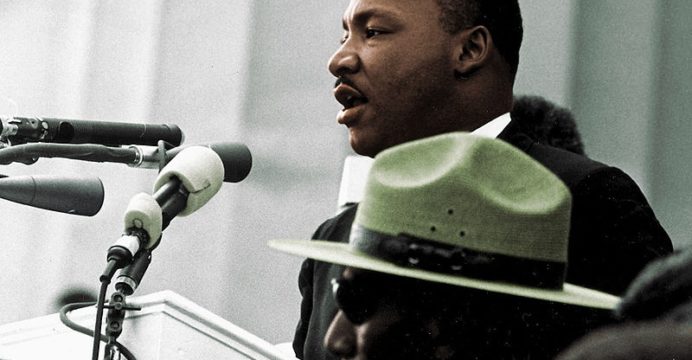 King is most famous for his I Have a Dream speech, given in front of the Lincoln Memorial during the 1963 March on Washington for Jobs and Freedom. Public Domain.
HomeCurrent News
Apr 4, 2017 by Bruce Wetherbee -

It kind of sneaks up on you.

Yes, historians correctly write that it was an assassination.

But it is a shame to provide an act of hatred, any political meaning.

Dr. King put his life in harm’s way to open doors and to open hearts.

While some use fear and hate to close the very doors opened by his life’s work,

those who remember his goodness in life and words, need to witness it in acts each day.

He refused to let fear be turned to hatred, instead asking to dream of better days.

We honor his life by doing so ourselves.