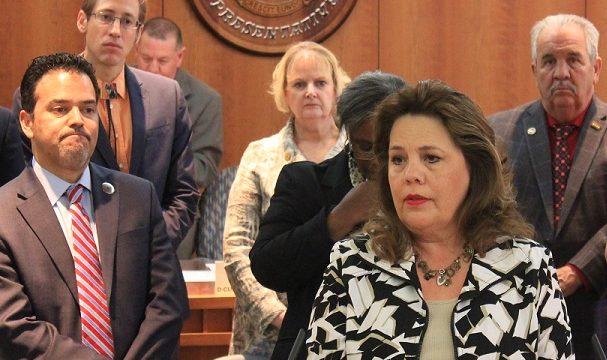 When Governor Susana Martinez suggested the state might be facing a cash shortage and require drastic budget measures, the leadership of the House and Senate claimed all was well with the state’s finances.

The Democrats stated that while things were tight, state government could “squeeze by” to end FY 2017 in the black. 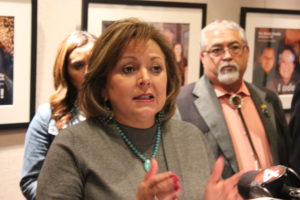 Democrats inferred the Governor was being political and needlessly scaring state employees by claiming there may be a need for furloughs, as the cash flow picture did not look good according to her administration.

But Democrats made no such claim of playing politics or crying wolf when their own Chairwoman of the house budget committee made similar arguments in a sworn court document on March 22, 2017, supporting efforts to secure Tobacco Settlement funds for New Mexico.

Representative Patricia A. Lundstrom (D – Gallup) wrote in an affidavit:

“…If economic conditions worsen or actions by the federal government reduce or delay revenues to the state coffers, the State of New Mexico could end the fiscal year with negative reserves, which would violate the New Mexico Constitution and could require extreme measures to avoid this result, potentially including a shutdown of essential state government services.”

The Candle spoke with Representative Lundstrom about her affidavit, which she initially referred to as a letter she sent to argue the importance of getting the money from the tobacco settlement in a timely manner.

She pointed out since the day she submitted the affidavit, the court has ruled in favor of the state; and she felt the state would be getting the tobacco money in time to avert what she had raised as a concern.

Is this a case of dodging a bullet?

It also raises the question of just how solid are the numbers the legislature has advanced for assuring the state ends the fiscal year in the black – when at the time Lundstrom swore to the court of the potential shutdown of state services, her colleagues in leadership were saying the Governor was crying wolf for suggesting the same?

Click here to link to copy of complete affidavit of Representative Lundstrom to the Court.