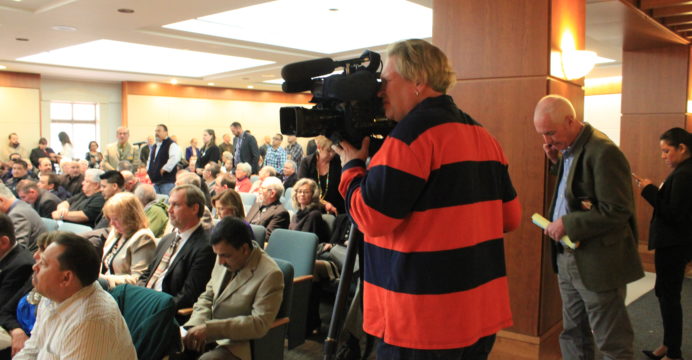 Is Right to Work rearing it’s ugly head in a proposal for revenue increases? 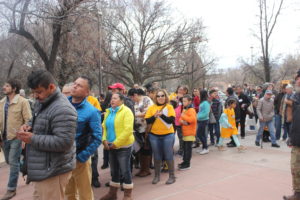 Working families, immigrants, labor leaders gather at the Roundhouse for a Moral Monday during the 2017 Legislative Session.

There is a rumor about a grand deal – a grand bargain, being pushed by the business community to tie revenue increases and protection of the state’s Local Economic Development Act (LEDA) funds to a so-called Right To Work law.

Obviously, the Right To Work measure is anathema to labor unions, and it appears they are getting a little angered over this being presented as a package deal.

It’s been interesting that the new Democratic leaders who came back to power in the House and increased their numbers in the Senate have been slow to get out of the gate with all their promises during the election.

Is the desire for bi-partisanship going to trump the interests of working families?

Remember what happened with the Democrats in control of the House in 2013, with a new, and arguably weak Speaker – corporations and the Governor were given a huge win with her corporate welfare package which hurt counties, municipalities and the middle class and working folks.

Look on Monday for a story in The Candle about the promises of the newly elected majority of Democrats in the House, and what they have NOT yet done to live up to their promises.