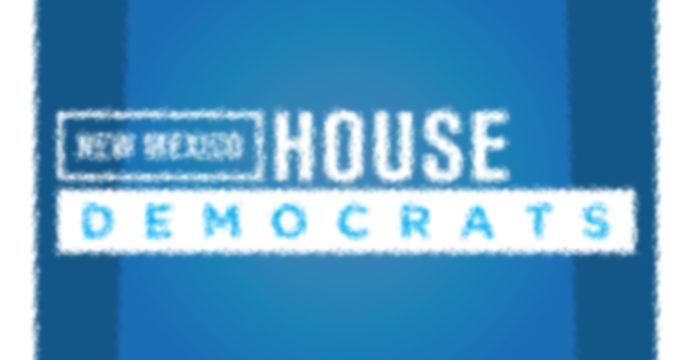 To many veterans of the Roundhouse, the Democratic leadership is lacking focus.

One by one, progressive initiatives are being summarily executed. 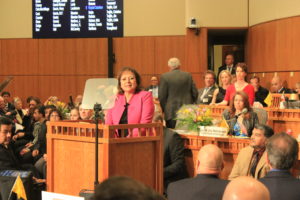 New Mexico Governor Susana Martinez delivering her 2017 State of the State Address in the House Chamber in January 2017.

Not by the Jay McCleskey clan, but by the Democrats who campaigned with promises to take back the House.

The Democratic leadership is proving Jay was right … he and the Governor did not need a Republican dominated House … they successfully eliminated the only legislator that had the guts to stand up to them.

And yet the Dems in the House keep pointing at the Governor and ask their followers to call her and ask her where she stands on things like, well, The Health Security Act – HB 101.

Here is part of an email to arms from the House Dems yesterday:

“Families across New Mexico are worried.

“They expect the legislature and the Governor to ensure that they don’t lose access to affordable, quality health care.  House Democrats are fighting to protect New Mexicans’ healthcare by introducing the Health Security Act.

“But so far, Governor Martinez has been silent.

Who do the Democrats think they are kidding?

They introduce stuff but can’t seem to close the deal for working families.

Then they blame the Governor.

Some observers have suggested the Dems need to literally get their OWN House in order, instead of projecting their failures on someone who is sitting back watching the Democrats hand her everything on her agenda.

The Candle’s sources say The Health Security Act is on ‘life support’ right now …with anywhere from three to five Democrats flirting with killing it off.

And the Senate leadership is not dong any better … the Democratically controlled Senate tabled the same bill in their Judiciary committee last night with the Democrats on the committee providing the pivotal thumbs down votes.

According to staff to the House leadership, the Health Security Act still has broad base support among the Democratic caucus members.

So why can’t they close the deal?

The Candle was told there were  issues regarding which and how non-profits would fund the studies outlined in the bill.

If that is the case then it should have been fixed before it was triumphantly announced over a week ago on the NM House Dems website that:

“Bill to Protect New Mexicans from President Trump’s Threats to Repeal Obamacare Moves to House Floor.” (Click here for link to their story.)

The lack of basic management has Roundhouse regulars asking:

Is anyone in charge over there who counts votes?

The rumor is the Democrats will hold a caucus this morning or sometime … hopefully before the last third of the session expires … will the leadership have the guts to whip their members into line?

Will they remind the members, who seem to have forgotten they made promises to working families, that filing bills is not enough?

Democrats got to vote for them!

Or expect folks to stop voting for the Dems who lost their way, because efforts spent in 2016, to put them in power, can be made in the next election cycle for candidates who mean what they say.