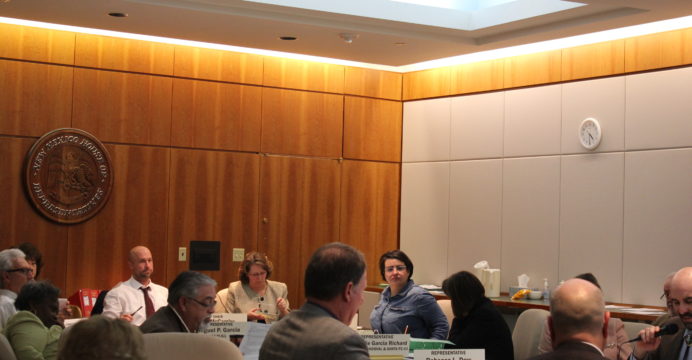 Representative Bill McCamley (D-Mesilla Park) started his third term in the New Mexico House in January, and his experience is showing.

He serves as Chair of the House Labor and Economic Development Committee.

Despite Democrats experiencing a series of setbacks on progressive measures which proponents argue support working families, McCamley guided his colleagues to defeat a public-private partnership bill that labor, ranchers and environmentalists claim would benefit only corporate investors.

It was the second important victory for workers delivered by McCamley’s leadership of the Labor Committee, in just a week – on Saturday the committee rejected the so-called right to work bill. 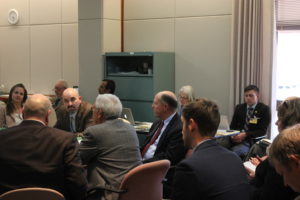 HB 275’s sponsor Representative Larry A. Larrañaga (R-Albuquerque) made an extensive presentation with the assistance of former State Engineer Scott Verhines, who currently is president of OCCAM Engineers, Inc.

Several bills providing for the creation of public-private partnerships, or P-3’s as they are referred to, have been introduced, although most of the others are limited in the scope of projects allowed.

Larrañaga’s bill however is the catch all which has been pushed by many private interests; and most of them had lobbyists supporting the measure at the Labor committee meeting on Monday afternoon.

Carter Bundy, political director for the American Federation of State, County, and Municipal Employees (AFSCME), offered opposition from the labor community stating, “There are a number of problems with this bill.”

The labor official offered that in a number of these type of projects not all, a group comes in with “let’s say a $50 million project to build something, and eventually the taxpayers have to pay that back” and that cost will eventually be counted against the government’s bond capacity and will impact bond interest rates.

“Representing our workers, one of our biggest concerns is that operations and maintenance of pretty literally every single job in the state could be handed over to private companies.”

The Candle will have a new story on P-3’s and proposed mega water projects very soon.

The story will reveal private interests in commercializing and privatization of much of the state’s water reserves over the next several years – all while trying to finance through public-private partnerships.

Just prior to the committee vote, McCamley offered that while he is evolving in his assessment of P-3’s, this bill “just goes too far.”

He pointed to the potential lack of transparency in operations of these types of partnerships.

Despite efforts to tighten up the language regarding public access to information, the committee had heard the testimony of others about “the devil being in the details.”

McCamley reminded Larrañaga of efforts to advance a similar bill in the past which McCamley opposed.

The Chair of the committee pointed to the city of Atlanta’s water system “which was supposed to last for twenty years, and which lasted for three years before the abject failure of it.” The city of Atlanta had to take it over.

After other comments the committee voted 7-4 against the bill.

The Democrats actually picked up one Republican vote from first year Representative Dale Armstrong, who had received many calls from constituents concerned about a water project in her district which would divert water from south central New Mexico to Rio Rancho and Albuquerque, hurting local ranchers.

Armstrong did say she like the idea of the bill but needed to be sure her constituents had concerns addressed first.