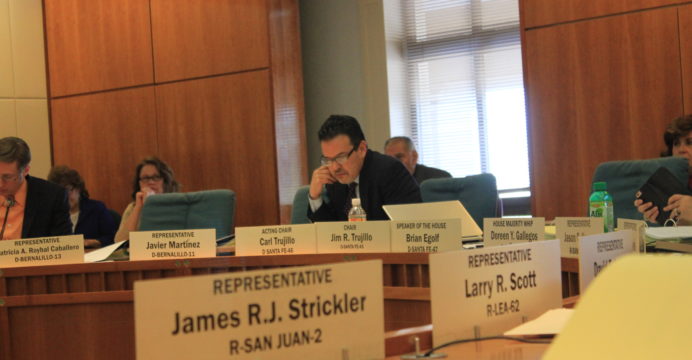 Dem Chairs join Republicans to kill Cigarette Tax Increase measure that would give $89 million to Schools.

On Thursday morning, the House Taxation and Revenue committee members heard testimony from the local Cancer Society experts and Senator Howie Morales (D-Silver City) then killed his bill, SB 231, which would have sent about $89 million in new money to New Mexico schools.

The tobacco lobby was quietly working against this bill for some time.

Very disappointing to many progressive, education, and working family advocates were two Democratic Chairs of House committees, Representative Carl Trujillo (D-Santa Fe), who is acting chair of the House Taxation and Revenue Committee, and Representative Bobby Gonzales (D-Taos), chair of the Transportation, Public Works and Capital Improvements Committee, joining with the Republicans to table Morales’ bill, while Speaker Egolf and the Majority Whip of the House, Doreen Gallegos (D-Las Cruces) watched.

Tabling the bill this late in the session was a de facto death sentence for efforts to provide more needed school money.

While Egolf and Gallegos voted against tabling the bill, their inability to coral either of the stray Democrats to vote to support the revenue for education which would be generated by Morales’ bill, was just one more example of the disappointing performance by the people who claimed if they were put in control of the House, things would be better for New Mexico. 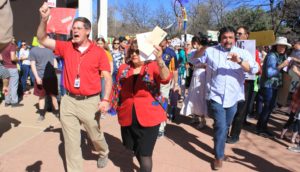 It also did not go unnoticed that the committee disposed of Morales’ bill in the morning before thousands of students, parents and teachers arrived at the Roundhouse to advocate for more funding and against any more cuts to the education budgets.

Santa Fe superintendent of schools Veronica Garcia led what seemed an endless line of demonstrators from toddlers to retired residents through the building and to the Governor’s office demanding better funding for the education of New Mexico’s children.

More on this and related education matters like the Early Childhood Education constitutional amendment will follow later.