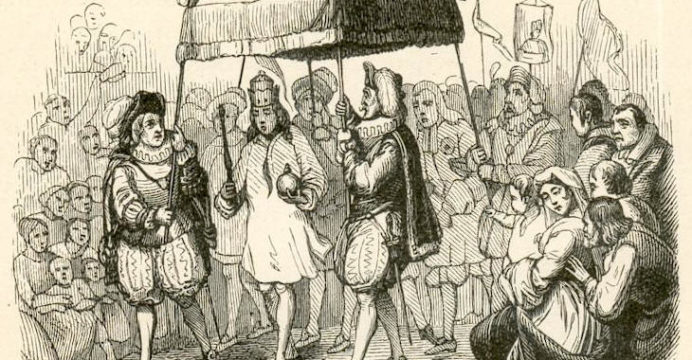 It is a polyester version of the original HB 101, the Health Security Act, which would have provided for comprehensive statewide health care, and the development of a health security plan among other things.

This knock-off is another in a line of substitute initiatives designed by House leaders to look like a haute couture legislative package.

Instead the House’s frolic down the political catwalk appears more like New Mexico’s version of the Emperor’s New Clothes.

HB 101, was the culmination of years of work to plan for New Mexico’s health future under the Affordable Care Act, and recently adjusted to address the threatened unravelling of the national health plan by Republicans and their no nothing party like approach to destroy anything President Obama accomplished in the past eight years.

But House Democratic leaders wimped out to hidden opponents (aka health insurance lobbyists) and succumbed to the agenda of Republicans, whom despite officially being the minority party in the House as of January, seem to be running the place.

After bringing HB 101 to the floor a week or so ago (and bragging about it in their emails to the progressive voters) as soon as it met resistance, the Democratic leadership retreated behind the skirts of House Budget Mom Patty Lundstrom who patched together new version -HB 575.

The new bill is essentially a fancy study. Another case of stalling … or fiddling around while New Mexico faces Trump’s attack on health care.

Progressives need to assess whether these Democrats in control of the House makes any difference – perhaps the labor community and other advocates should have spent the almost $6 million on direct aid for their causes instead of paying for glossy brochures and over-priced campaign consultants.

Is HB 575, the fancy study, better than nothing? Who knows?

What we do know is the Democrats don’t have a clue how to discipline themselves as the political party in power and complete an agenda they campaigned on.