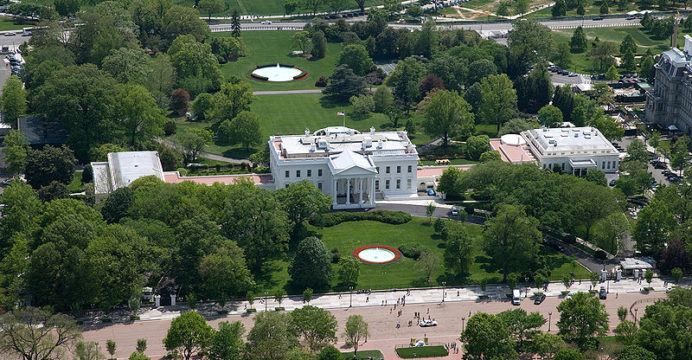 Will President Trump’s wall, his braggadocio, and attempted bullying of Mexico unravel the success of the Martinez Administration’s efforts on border economic development?

Some observers have noted New Mexico’s vulnerability to a potential trade war.

New Mexico has had little to brag about regarding its economic development track record since the national recovery of the 2008 great recession – with one significant exception: growth of the border economy. 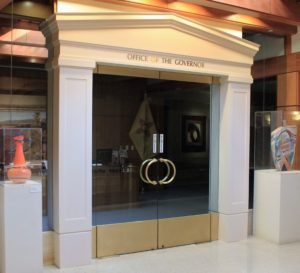 In most surveys and studies regarding New Mexico’s economy and job development the land of enchantment has not been as enchanting as neighboring states when it comes to business expansion or re-location. (Although it is notable that Facebook is locating a new facility just south of Albuquerque, the number of related new jobs is still a matter of guesswork.)

But trade, and trade with Mexico appears to be very successful.

The New Mexico Economic Development Department (NMEDD) has touted the success of the Martinez Administration in developing good working relationships with the federal government of Mexico, and its bordering states.

The NMEDD website highlights the growth of the Borderplex, stating:

“In the last 4 years, the New Mexico Borderplex has experienced high growth due in part to established logistics parks with rail spurs located in and around Santa Teresa, Interstate 10 (connecting the east and west coasts), increased water and road infrastructure investments and a moderate climate averaging 340 days of sunshine and low humidity. Delays due to inclement weather are rare. New Mexico has 3 ports of entry into Mexico, all overseen by the New Mexico Border Authority with varying degrees of service: Santa Teresa, Columbus, and Antelope Wells. Santa Teresa and Columbus serve commercial traffic.”

However New Mexico’s economic progress at the border could be destabilized by the commotion from the Oval Office in Washington.

According to WalletHub, the personal finance internet site which also weighs in with studies on matters affecting the financial environment, New Mexico is one of four states with the most to lose if trade opportunities deteriorate with our southern neighbor.

“If and when the president’s plan comes to fruition, experts predict it will trigger a trade war between our two nations. But the impact of the economic fallout will be different for every state. WalletHub’s data analysts therefore compared the 50 states and the District of Columbia across five key indicators gauging the effects of the possible trade battle. Read on for our findings, expert insight on the issue and a full description of our methodology.”

The WalletHub report (click here for link to report) shows New Mexico with the second highest amount of exports to Mexico of all states in relation to its total state exports; and it ranks in the top five of states with the highest ratio of exports to Mexico to its total GDP (gross domestic product – a key ingredient in measuring economic health).

The Candle emailed Governor Martinez’s press folks with two questions this morning. Realizing that the President and New Mexico’s Governor are both Republicans, and despite having their differences, The Candle was interested if the Governor had a response to WalletHub’s report and if she had plans on offering any advice to President Trump about potential harm to New Mexico’s economy from a trade war with Mexico.

The Candle has also reached out to a few state legislators from southern New Mexico, both Democrats and Republicans, seeking comments on the WalletHub report and the White House’s diplomatic strategies toward the Mexico federal government.

This story will be updated as soon as The Candle hears back from any of the legislators and the Governor’s staff. .