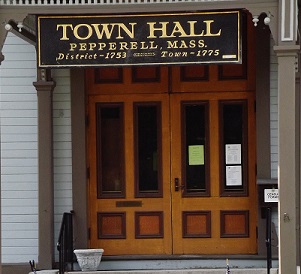 “What are they trying to hide at Town Hall?”

Pepperell Town Government: For a Chosen Few the Bucks Just Keep Flowing – along with not having to work all the hours they bill the town.

This is an introduction for a multiple part series of stories on the operation of the executive branch of Pepperell’s town government – the Board of Selectmen, and the people who work under their supposed watchful eye.

According to Massachusetts state law, “The executive powers of the town shall be vested in the board of selectmen, who shall have all the powers given to boards of selectmen in the General Laws.”

With that power comes the responsibility to use it fairly and for the benefit of the town, not for special treatment of insiders or friends or family members.

Since February, at least two members of the Pepperell board of selectmen (BOS) appear to have ignored or failed to act in a timely manner on a complaint about possible fraud whereby certain employees were allowed to be paid for hours they allegedly did not actually work.

After receiving a complaint from the assistant assessor about having her job threatened by the (former) Town Administrator, Mark Andrews, because she questioned his regularly signing the pay records for certain employees for hours they had not worked, Chairwoman Melissa Tzanoudakis asked for more details.

The assistant assessor provided them.

One of the positions identified as allegedly being allowed to bill for hours not actually worked for town business was for the position of treasurer/collector.

That position is filled by the wife of one of the members of the board of selectmen.

Despite receiving additional and specific information from the assistant assessor as was requested by the BOS (at the suggestion of the town’s labor attorney regarding the duty to investigate fraud) the BOS, under its new chairman Roland Nutter, did nothing for several months.

In all, it took seven months before the BOS even held a meeting to discuss the allegations.

There are several other employees, not related to Mr. Nutter, who hold positions that the assistant assessor identified as receiving this special treatment by the town administrator.

According to  interviews  The Candle had with town employees, this alleged abuse of payment for hours not worked, along with other disparate treatment among employees, has created a deterioration of morale among the town’s employees.

One employee described Andrews’ policy for favored treatment: If you were willing to go along with Andrews without question, or were connected to a member of the board, you got a big pay increase and you likely didn’t have to work all your hours.

Other employees voiced similar concerns to The Candle, noting that a personnel policy review was undertaken at significant expense to the town.

But only the favored few received substantial increases.

Town employees The Candle spoke with did not want to be identified because of fear of retaliation.

The Candle will be reporting Sunday, and throughout next week, on: