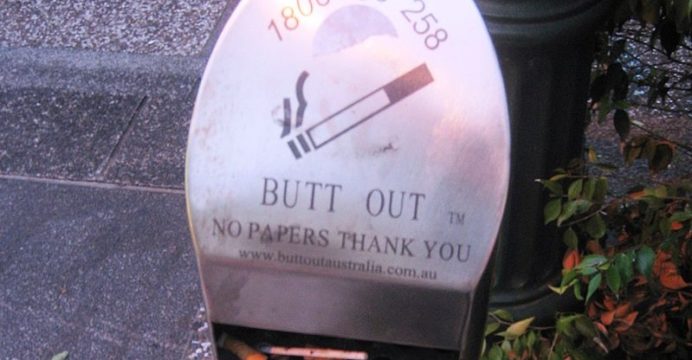 Not a healthy habit.
HomeCurrent News
Mar 15, 2017 by Bruce Wetherbee -

The House and Senate recessed late last evening to reconvene at 10:30 AM and 11:00 AM, respectively, and they will use the calendars (links below) along with so-called supplementary calendars which will be the practice throughout the next two days.

There are some matters dealing with revenue, particularly the tobacco tax bill filed by Senator Howie Morales (D-Silver City). That tax increase on tobacco products is estimated to raise more than $80 million, but it’s rumored to be headed by defeat in the House Taxation and Revenue Committee this morning at the 9:00AM hearing. (Click on links at end of this article for that committee and other schedules and agendas for today at the Roundhouse.)

There are still scores of matters not finished and likely not to be finished when the Roundhouse turns into a turnip at Noon on Saturday – the constitutionally imposed end of the sixty day regular session.

While the House and Senate have each passed their versions of the state budget for FY 2018 (which begins July 1, 2017) they have yet to reach concurrence and send along a final version to Governor Martinez.

Each legislative branch’s version has a revenue package accompanying the budget or appropriations bill.

The 2017 Session has been a real disappointment to progressive voters.

The new Democratic leaders have been roundly criticized by many longtime observers and political writers for wasting time and having little ability to demand loyalty from their own caucus.

The Republicans, especially in the House have run circles around the majority party leaders since the gavel dropped opening the session in mid-January.

The failure to lead has spawned an embarrassing effort by some advocates who are close to Speaker Egolf in particular, to announce a big rally about how much they got done (not much) and what a great budget they passed (a flat budget that is really a reduction in services and employee positions compared to what was passed in February 2016).

The leadership claims they prevented big cuts, but they neglect to acknowledge the damage they all inflicted in last fall’s special session and in the solvency budgets passed at the early stages of this session.

Also, missing from a successful effort is any real economic development or jobs package.

Back in late January, House and Senate Democrats announced a “six bills in ten days” plan to grow the economy.  But even then, all they could muster for an estimate for how many jobs the package would create was a whopping: “Lots.”

Certainly the lexicon of modern economics does not contain the term “lots” as an acceptable measure for serious policy makers.

Only two of the measures have made the journey to the governor’s desk.

This rally on Saturday is a classic effort to project the Democratic legislature’s failures onto a governor who has plenty failures of her own to account for.

But that’s how it goes here in New Mexico.

Instead of rolling up their collective sleeves and fixing the government and the economy, the two ideological opposing groups point fingers and accusations at one another.

Maybe, with a miracle in the last moments, something really, not fake, will get passed to change things for the better.

Click here for the link to the House Committee Schedule/Agendas for today.

Click here for the link to the Senate Committee Schedule/Agendas for today.