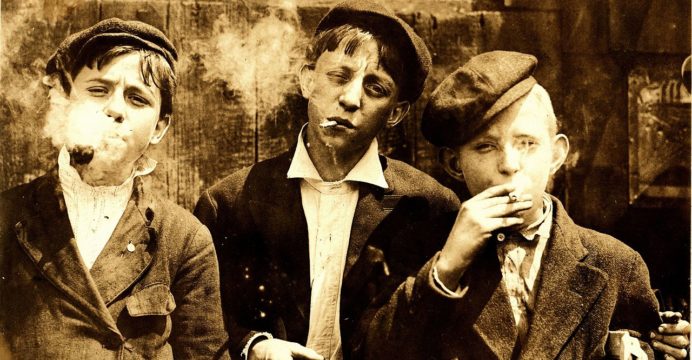 Maybe a complimentary shoe shine, or your favorite bag of chips.

And the guy who’s looking for something and remembers those things, knows how turn them to his advantage.

Several years ago a lobbyist at the Roundhouse was overheard explaining the secrets to getting a legislator’s attention … actually he was bragging how successful he was at the game of knowing just when and where to invite a legislator to dinner.

Another purveyor of special interests crowed, “oh yeah, I can top that.”

He claimed he got the shoeshine operation setup for the Roundhouse sessions.

And how he knew the preferred brand of potato chip of an influential legislator – always toting a bag whenever he visited the legislator.

It’s amazing how much a shoeshine and the right bag of the chips, among other favors, can help your cause.

A close look at lobbyist reports to the Secretary of State’s office on what they spend for access to government policy makers and their assistants, proves a variation of an old axiom: the way to a legislator’s vote is probably through their stomach … and a little cash thrown at their campaign war chest won’t hurt either.

Special interests spend close to $500,000/year (most of that during the 60 and 30 days sessions and interim committee work) wining and dining legislators and other government officials – that’s not including campaign contributions – it bears repeating folks, that is basically the food and entertainment largesse showered on so-called citizen legislators, and a hand full of other officials.

Take a look at the chart below which represents annual totals of what is reported on the New Mexico Secretary of State (SOS) website, of lobbyists’ and their employers’ spending for your state representative, state senator, legislative staff, and executive branch officials. (Click here to go to the SOS website on lobbyist spending and get more specifics.)

The column labeled “Expenditures” includes expenditures of more than $75 for (1) meals & beverages; (2) other entertainment expenditures; (3) gifts; or (4) other expenditures.

It also includes spending on so-called “Special Events” which consist of gatherings like:

It’s a wonder legislators were able to get a budget done this session when you see how busy they were, being wined and dined and attending lobbyist sponsored “Special Events.”

If anyone suggests special interest spending has no influence on legislators’ decision making, The Candle would offer this query and example as a counter argument:

Why would lobbyists and their clients spend all this money if it didn’t have an impact on the lawmaking process?

For instance, look at this example of big money influencing an outcome (one which The Candle will expand on in additional reporting soon):

The American Cancer Society Action Network sent its lobbyist and research folks to the Roundhouse to advocate and provide expert testimony on the importance of a bill increasing tobacco taxes. The measure was sponsored by Senator Howie Morales (D-Silver City), and if passed, it would have generated about $89 million in new revenue for New Mexico schools.

The Cancer group’s lobbyist, Sandra Adondakis, reported spending $9,591.00, not on feeding legislators or their staff, but on generating support from the public on Facebook and with another company that patched through calls from the public to the legislators – yeah the so-called citizen legislators. 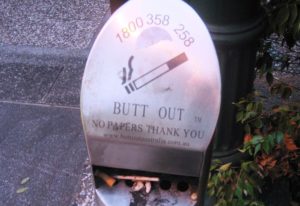 Not a healthy habit.

Countering the Cancer group’s efforts to connect citizens to their legislators on this important bill, the tobacco industry lobbyists were calling in their markers on over $153,000.00, that their bosses ponied up to elect people to the legislature.

Altria Client Services, LLC contributed that money between August 30, 2016, through October 20, 2016, to the campaigns of, and the political action committees supporting legislators – both Democrats and Republicans – distributed by one of their lobbyists, Robert Donaldson. (That does not include any wining and dining expense which will be reviewed in an upcoming related story.)

Altria Client Services, LLC, is reported by the Bloomberg organization (click here for link to Bloomberg report) to provide, among other things, governmental affairs representation (lobbying) for the Altria Group, Inc., (click here for Altria Group’s website) which states, in part, on its official website that “Our Mission is to own and develop financially disciplined businesses that are leaders in responsibly providing adult tobacco and wine consumers with superior branded products…”

For anyone still believing legislators were not influenced by such generous giving of money to their campaign efforts (not to mention any wining and dining that may have taken place), there is probably one word kind word to describe the extent of their political acumen: naiveté.

Oh, and what happened to Senator Morales’ tobacco tax increase bill – which would have provided $89 million in new money for schools all over New Mexico?

Well the very day thousands of students, teachers, and parents rallied at the Roundhouse seeking support for more money for the state’s schools, Big Tobacco got it killed with the votes of all the Republicans and two influential Democrats sitting on the House Taxation and Revenue Committee.

More on those folks, and the silent House leadership later.

And more to follow on special interest influence early next week …

[The Candle apologizes for taking a bit longer in getting this series on lobbyist and legislator relationships published; and while today’s story is just a glimpse of the lawmaking process and who controls it, we are compiling much more of the spending by lobbyists and their clients the past few years and will report soon.]

(The latest reports are still coming in to the SOS for the sixty day legislative session just ended, which is why the figures for 2017 are considerably lower than pervious years in the chart below. – Editor)