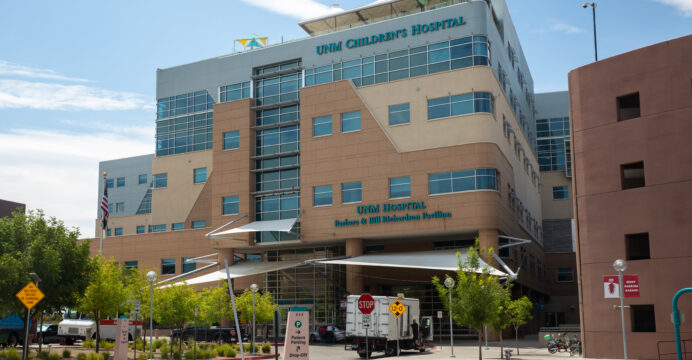 UNMH Bosses Rake in $10 Million Plus in Salaries and Bonuses, While 1,200 Employees Make Less Than a Living Wage.

While Chancellor Roth, CEO Becker and their executive colleagues pay themselves collectively more than $10 million in salaries and bonuses – over 1,200 employees (18% of the hospital workforce) are making less than a living wage of $15/hour.

This is part of a series of reports about the failure of New Mexico’s political and academic communities to provide leadership at the University of New Mexico Hospital – and the unfair treatment of people who deliver direct care to patients.

The failure is a result of arrogance, greed and carelessness of top decision makers at UNM, as well as the neglect of overseers in demanding accountability.

Data from the Centers of Medicare and Medicaid (CMS) identifies UNM Hospital as one of the worst in the country relative to sepsis infections after surgery – a problem that senior hospital officials say they have known about for years.

Richard Crowell, the doctor holding the title of Chief Quality Officer at the hospital, recently told Albuquerque Journal reporter Ryan Boetel that “It’s been on our radar that we needed to improve … It’s certainly something that we’ve known.”

Boetel also reported in his important Journal story that “Crowell said for about five years the hospital has been working to try to reduce its rate of bloodstream infections after surgery.” Click here for link to full Journal story.

That’s a long time to be trying to solve a basic but serious problem.

Crowell is a key player on Chancellor (and doctor) Paul Roth’s UNM Hospital 50 plus member Leadership team – and he has served as the chief quality control officer for six years. It’s his job to focus on patient safety and care, and get problems fixed.

According to his employment contract for FY 2019 provided by Roth, Crowell has a salary of $298,889, and he is surrounded by other generously compensated doctors and professionals, all with the mission and responsibility to do more than just try to make UNM Hospital the best it can be – these are the folks who are in charge of making it happen.

But they are failing, as evidenced by independent assessments such as the CMS data and the resultant analysis.

The Roth team’s failure has also led to the unfair treatment of the people who work every day providing the care and support for patients at the state’s main hospital.

bathing a patient who can’t clean himself,

brushing a grandmother’s teeth who can’t easily manipulate a toothbrush,

disinfecting hospital rooms as one patient leaves and another is admitted,

moving them from the operating room to the intensive care unit, and

These are hospital employees who all have two things in common – doing the jobs that most people forget about or never notice – and getting paid shamefully very little for their toil.

And some of these employees have been working at the hospital for 25 to 40 years.

Last summer saw these support service employees, as well as licensed and technical employees (nurses, specialty technicians, social workers and pharmacists) begging the governor and members of the Board of Regents for reasonable compensation increases to offset more than a decade of falling behind the cost of living.

While they eventually received a pay raise, it was far from what the state and the hospital should and could have provided – Hospital leaders, the Board of Regents, and the governor all failed these hard working New Mexicans.

In the end the people at the bottom of the pay scale suffered the most. 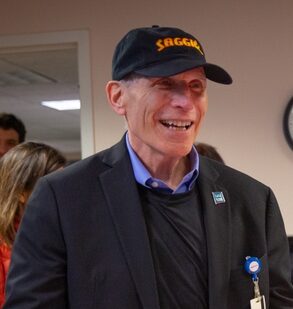 Not Surprisingly, a Double Standard When it Comes to Compensation .

Over the past ten years, while denying fair raises to hospital employees who register patients, transport them to operating and recovery rooms, feed patients and generally care an support them, the powers to be at the UNM Hospital continued to reward UNMH’s top team players with generous salaries and bonuses.

During, and right after the 2019 negotiations for compensation for rank and file employees, things changed very little for people on the bottom of the pay scale – despite the hospital having significant resources and the state having close to $2 billion in excess  over a two year revenue cycle.

Dr. Roth and UNMH CEO Kate Becker were quick to suggest that they needed to hold the line on salaries for the folks on the front line, but they seemed to have a different set of criteria when it came to deciding how much money is available for their colleagues higher in the UNM food chain.

For example, during collective bargaining negotiations when Roth, Becker and the Board of Regents fought an effort to provide hospital employees a 7.2% raise, Becker received a $65,000 ‘performance’ bonus from Roth, and soon after the negotiations were completed with the rank and file employees (holding a large number of the support staff to a 3.5% raise, and all others between 3.5% and 5%), Roth approved another $65,000 boost to Becker.

Also getting a big raise was Ryan Randall, Director of labor negotiations for UNMH – he received a 15% raise, totaling about $21,500.

Likely Randall’s bosses, Roth and Becker, were pleased with him keeping those 1,270 employees under $15/hour.

And then there’s the poster boy of the greed and arrogance – the guy who used to run the hospital before retiring in 2017 – Steve McKernan.

Beyond any retirement benefits, McKernan has been pocketing about $147/hour since at least December 2018 from UNMH through a deal he concocted with his friend UNM Chancellor Paul Roth, MD, even though he was essentially fired.

In fact, McKernan will continue to collect a paycheck every two weeks for about $5,850 before taxes and deductions until the end of June 2021 – equaling about $150,000 a year for nothing of value to UNMH – except his silence.

More on the McKernan sweetheart deal later in this series.

During the recently ended regular legislative session, lawmakers were tripping over one another heaping accolades on UNM’s Health Sciences Center Chancellor Paul Roth who announced plans to retire last November.

During the limited 60 and 30 day annual sessions legislators seem to spend a lot of time congratulating each other and the people they work with – like Chancellor Roth.

There’s nothing wrong with that. But there is something wrong when legislators fail to adequately undertake due diligence regarding the success or failures of agencies for which they have oversight – like UNM Hospital.

Roth has had some success in the past.

However, the last several years of his stewardship, along with the performance of his large clique of generously paid chiefs and executive directors, has been disappointing at best and neglectful at worst.

Morale among direct care givers who are not part of his leadership team has declined year after year.

Tens of millions of dollars have been used to hire consultants and special employees who seem to view UNMH and UNM HSC as a virtual piggy bank.

On top of these problems, neither legislators nor members of the UNM Board of Regents have discussed or probed escalating failures at state’s largest health asset. 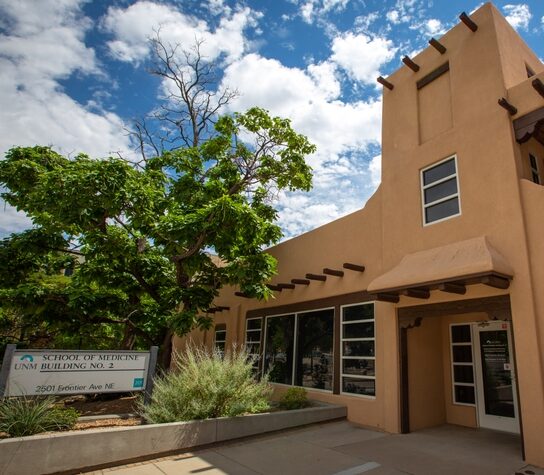 Between the medical school losing accreditation of its neurosurgical residency training program expected in June of this year (click to read Daily Lobo article By ​Megan Holman and Lissa Knudsen), and the 2016 loss of accreditation of its dermatology department, Roth’s leadership team seems to be about as successful as UNM’s football program.

But UNMH and UNM HSC programs are not about entertainment – they are about saving and improving lives.

Although the loss of the accreditation of the above mentioned programs were in the Medical School wing of the Health Sciences Center, it potentially impacts the mission of the hospital to serve the state’s patients.

For example, in another Albuquerque Journal story published in 2016, about the loss of accreditation of the dermatology department, reporter Chris Quintana wrote:

“The lack of an accredited program in New Mexico can affect dermatology services for local patients, said David Peng, M.D., the chair of dermatology at the University of Southern California and the former director of Stanford University’s resident program. He added that doctors often stick around in the area where they finish their residency. New Mexico is now losing those potential dermatologists, and local health care providers may have to recruit doctors from out of state.”

And now, with the recent dismal report by the United States Centers for Medicare and Medicaid (click to see Albuquerque Journal article by Ryan Boetel), it’s obvious hospital and HSC leadership is failing patients and the people who are on the frontlines in delivering and supporting care.

This failure has developed despite the more than $10 million a year that UNMH dishes out to just the top brass in charge of planning and running the state’s only Level I Trauma Center.

The Board of Regents, the Governor, and the Legislature need to pay attention. UNMH and all of the associated departments of care and education – the nurturing of new doctors, nurses and technicians and support staff – can be a great asset for the people of New Mexico.

Over the next two weeks The Candle will report on the largesse of UNM HSC management, and the mystifying absence of serious oversight.

The chart below is compiled from the list of UNM Hospital Leadership appearing on its organizational webpage with salary amounts from documents The Candle received from Inspection of Public Record requests: