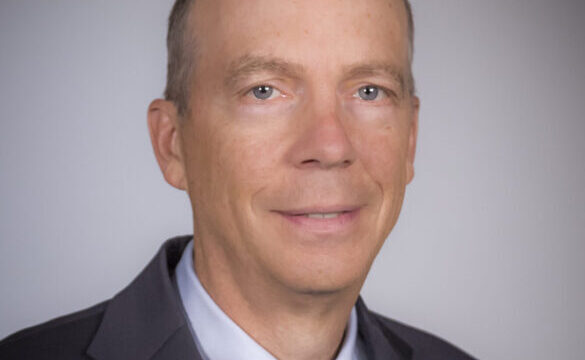 Retired UNMH CEO McKernan Gets $150,000/year Until June 2021, for a Half-time Job the Hospital Terminated.

Steve McKernan, UNMH’s retired CEO, told The Candle to call UNM when reached and asked if it was true that he has been getting paid every two weeks by UNMH since December 2018 – and will continue to get paid until June of 2021 – despite the new UNMH CEO essentially firing him.

When first asked about McKernan’s employment agreement more than a month ago, a UNM Public Information Office spokesperson took six hours to write ‘we cannot comment on personnel matters’ in response to queries asking why UNMH pays its old boss after eliminating his ‘new’ job.

After several follow-up phone calls and emails to the UNM PIO, the Board of Regents and UNM President Stokes over the past several weeks, The Candle received confirmation that McKernan continues to be paid, despite his employment being terminated by his successor, UNMH CEO Kate Becker.

“Mr. McKernan is not currently considered an employee of UNM Hospitals, but is receiving payments as specified in the release of claims,” wrote UNM Cinnamon Blair Chief Marketing & Communications Officer this morning.

More on the full communication from Ms. Blair later.

Here is some background developed from several months of research by The Candle – with more to be revealed Sunday and Monday. 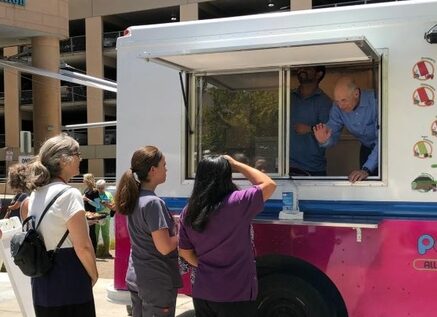 In July of 2018, close to when Chancellor Roth was handing out ice cream bars to UNMH staff for the apparent photo op pictured to the left, his old friend (and by then retired) UNMH CEO, Steve McKernan was enjoying his own treat – also handed out by Roth.

McKernan’s treat was a sweet deal created, and then inked by these old friends about 72 hours before they announced McKernan’s retirement with all the pomp one bestows upon a peer of the flagship hospital and science center. But details of the deal went unnoticed.

The deal gave McKernan a new job, deferred for about a year; with compensation (beyond his retirement package) in increments totaling $150,000/year through 2021, along with other benefits not usually provided a consultant – health, dental, and vacation, along with more to be revealed tomorrow.

But the compensation and benefits of this deal are far from the whole story. It seems to get shadier.

While going through documents requested under New Mexico’s Inspection of Public Documents Act, The Candle noticed the retired CEO has been paid for more than a year for doing nothing.

McKernan gets that pay despite new CEO Kate Becker terminating McKernan’s services just five months into the three-year deal. UNMH (and the public that pays for the hospital) continues to provide McKernan’s pay bi-weekly because the contract Roth and McKernan created requires continued and full payment if the employment agreement is terminated “without cause.”

According to UNM, Becker won’t state why she terminated the deal. And Roth is also silent.

UNM’s Blair also wrote in the email this morning, “Our practice is to not discuss the specifics related to a particular individual’s employment contract beyond what is factually relevant and publicly available, especially questions related to matters of opinion.”

Check here later on Sunday for more detail, as well as UNM President Stokes’ response to The Candle’s inquiries about generous deal Chancellor Roth gave his colleague and friend as McKernan was retiring.