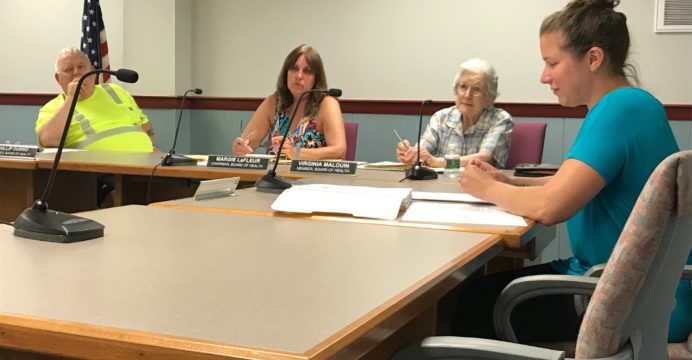 Pepperell Board of Health Has Gravel Pit On the Agenda Tonight … Will They Finally Act?

The Pepperell Board of Health (BOH) meets tonight at the town hall between 6:00 PM and 8:00 PM, in Conference Room A.

Near the end of the agenda, under ‘old business’ are two items regarding the proposed gravel pit reclamation project on Nashua road.

At their July 3, 2018 meeting BOH members were reluctant to act on concerns of neighbors of the project which could generate more than 50,000 truckloads of ‘fill’ from construction sites in New England.

Although board members argued they were going to review the matter thoroughly, several residents raised concerns that the BOH needed to move more quickly to protect them.

And then, after the public left the meeting on July 3rd, the BOH decided not to hold their regularly scheduled meeting of July 17th.

The members have known about this project since at least May, and have also had a copy of a board of health by-law that the Ashby board of health adopted about a year ago.

Of all town boards with some sort of jurisdiction over a project such as is proposed, the board of health likely has the most latitude to act quickly and develop a by-law to protect the public.

Residents will find out tonight if the members of the Pepperell board of health have used the last three weeks to figure out what they are going to do, besides wait.