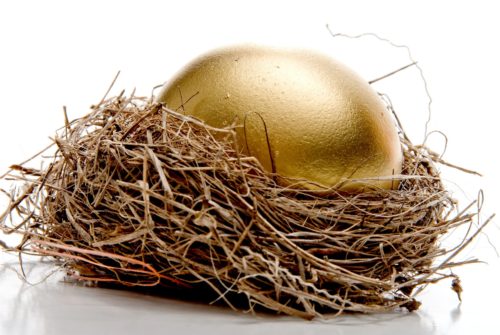 Which was first, the legislator or the lobbyist? In one instance, apparently both.

We’re going to mix up the metaphors a bit.

No, its, not a golden parachute, nor is it a typical nest egg.

What we have here is a golden nest egg.

But then some have said it really ain’t that bad a thing … kind of like being an intern and then getting the real, highly paid job … legislator to lobbyist.

And then there are the hybrids.

Take Senator John Ryan. Which was he first, the legislator or the lobbyist? The chicken or the egg?

Well both, yeah at the same time.

While a federal lobbyist, John Ryan pocketed thousands of dollars, even as he was ‘being’ a State Senator on legislation that helped some similar interests. It appears the Senator did not break any rules, or laws (as has been alleged with another former State Senator, who left office and was indicted after it was reported that he was involved in legislation that benefitted a client of his in a more direct fashion).

The list is almost as long as the history of New Mexico state government … although in fairness to New Mexico, it’s a phenomena not unique to this state or government in general. But it’s still lame.

Legislator after legislator … they get elected, get beat or retire. They still show up at the Roundhouse … kissed by some special interest, they are magically turned into a prince (and paid like one too). And it’s not just legislators, the executive branch has its complement of morphed salons.

Al Park, Raymond Sanchez, Kent Cravens, Brian Moore, Andy Nunez (now there is a guy who morphs on many levels … Democrat House Member to Independent House Member to losing his House seat and coming back in a few months as a lobbyist; but wait, then he became a Republican House Member, and now he’s a civilian again … we think he is some kind of Saṃsāra monk … whatever he comes back as in January, you can bet your lobbyist registration fee that Andy will be wearing his black Stetson and wandering the Roundhouse …  probably getting paid pretty good for it).

The citizen lawmaker morphs into the savvy, salaried salon.

The intent here is not to pick on John Ryan (although he did take it to another level), or Andy, or any of the others mentioned above (there are many more we could have poked a little fun of).

Instead the public needs to realize this whole process is crazy. They have been snookered.  The public not paying legislators is not a good idea.

These guys are now hired guns at the Roundhouse still making the laws, just in a different way … now they are getting paid for it by special interests to make special laws just for their new clients.

In reality special interests are taking advantage of the failure to communicate that this silly idea, this romantic but abstruse notion, of New Mexico having a citizen legislature, is not in the best interests of the people.

The Candle will be publishing some very detailed and revealing stories about real costs to New Mexicans for the free lunch they think they are getting by not having a paid legislature.

(NOTE: Senator Ryan did not run for re-election in 2016, and is essentially retiring as a Member of the State Senate. More time for lobbying.)