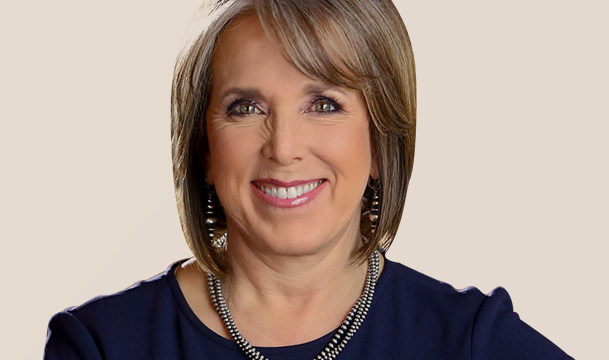 Since early March, when she issued Executive Order 2020-004, declaring a state of public health emergency in New Mexico due to the COVID-19, Governor Michelle Lujan Grisham has taken control of the reins of state government’s response to the pandemic.

She has made tough decisions, directed her cabinet and other staff to step up to the challenges, and has received kudos for a job well done as it relates to ‘flattening the curve’ of the epidemic’s presence and potential surge in New Mexico.

Lujan Grisham has also regularly ‘shouted out’ to the front-line hospital and health care employees and first responders, as well as other essential personnel for their dedication and in many cases heroic efforts in caring for people.

However, for more than a month she has not responded to requests for full wage relief to workers who are required to quarantine due to exposure to and/or contract COVID-19 while at work caring for or providing support to patients.

On March 20, 2020, in the first of two letters which included recognition and appreciation of the governor’s leadership, nurse Delma De Lora representing District 1199NM, a union of several thousand hospital and healthcare employees in New Mexico, wrote Lujan Grisham asking her to take action on several matters. (Noted disclaimer: the writer for this story has previously provided legislative research and consulting services to several unions, including District 1199NM.)

Among other things, De Lora requested the governor “require hospitals to provide administrative leave for those employees who are exposed to COVID-19 and must be quarantined or are ill for the duration of the quarantine or illness.”

The concern many employees have is they may be required to use sick or annual leave that would be used for more routine illness or family time. And they possibly might be required to get paid through worker’s compensation which compensates at a rate of 2/3 of regular wages.

All the compliments in the world about their heroism does not help keep food on the table and the rent or mortgage paid.

Here are two examples of how an employee loses income after performing their job in a dangerous environment with potentially deadly exposure:

Trying to get some answers as to what the deal was in New Mexico, The Candle wrote to several hospitals in early April asking what their policies were relative to absences due to exposure and/or contraction to COVID-19 and pay for employees.

We received responses from some of the hospitals and there is a summary at the end of this article indicating how some hospital policies treat employees better than others.

Last Thursday, April 16, 2020, we shared the following with the Lujan Grisham team which handles questions from the media:

Some Background: Hospitals are providing different policies regarding leave for these workers for the duration of their absence from work due to workplace exposure or contracting the coronavirus disease.

Some will pay the employees their full regular pay.

However it appears from a statement from the University of New Mexico Hospital, its employees who are forced to self-isolate or quarantine or who contract the disease as a result of exposure at work, will not receive administrative leave pay at full compensation for their regular hours. They only have access to their leave bank resource and/ or access workers’ compensation benefits.

As many employees have limited leave bank time available which was not really intended to be used for such a catastrophic set of circumstances experienced through this pandemic, this has been raised as an untenable situation for those on the front-line that everyone is giving lip-service to for the heroes they are.

If these employees then have to use workers’ compensation, then it creates an even further burden, as they will receive only about 2/3 of their normal workplace income.

Here are the two questions The Candle then asked of Governor Lujan Grisham through her media team:

1.) Will the Governor issue an executive order or decree requiring employers of hospital and health-care workers who are required to self-isolate or quarantine and/or become ill and forced to be absent from work due to exposure to COVID-19 at the workplace to receive their regular pay, as is currently the case with some employers?

2.) Will the Governor require the University of New Mexico Hospital to provide administrative leave with full pay and benefits to its employees who are required to self-isolate or quarantine and/or become ill and forced to be absent from work due to exposure to COVID-19 at the workplace?

We received no answer.

So, on Monday, we asked again, this time mentioning that we realized the union had asked for an order from the governor to require administrative leave pay.

We were curious if the union had received a response – after all it had been a month since Ms. De Lora made the ask of the governor.

Late yesterday, in responding to our question:

Did “the union or its officers have received a response to any of the questions/requests asked of the Governor in Delma De Lora’s letters to her on March 20, 2020 and March 27, 2020?”

“We have no response from the Governor. The reply from UNMH is correct.”

Note: Chavez’s reference to UNMH has to do with its policy of having employees use earned leave and worker’s compensation for pay when out of work due to exposure on the job to COVID-19 or contraction of COVID-19 while at work.

The Candle did a little more research. The Lujan Grisham administration has a team of communications and public information officers who are paid between $62,400/year to as high as $94,993/year. There’s more than a dozen such persons working for the governor and the state agencies and institutions dealing with COVID-19 inquiries and press statements.

That’s not mentioning the policy people at her ready.

The heroes facing down COVID-19 every hour of every day deserve to be treated better.

They deserve more than a pat on the back, or a “shout out.”

They at least deserve an answer to their request to be compensated with administrative leave and not paid less while enduring workplace harm.

Here is a breakdown of responses The Candle received from some area hospitals in early April, as to how they paid employees faced with absences due to on the job exposure to COVID-19 and subsequent quarantine or contraction of the illness.

From our reporting and research to date, it seems that front-line hospital and healthcare employees, and other first responders should be at the minimum paid their regular full pay if they are disable or prevented from employment due to exposure to COVID-19 at the workplace.

So, we asked several questions including this one:

“Is an employee or temporary worker of your hospital who is forced to take time off from work due to exposure to and/or contracting COVID-19 while on the job, paid their regular wage for their normal work period while self-isolated or ill, or are they required to file a worker’s compensation claim?”

“Is the employee required to exhaust their accrued sick leave benefit first, or at all?”

We have received responses from several hospitals including the following from some in New Mexico and found differing policies.

For example the response we received from Presbyterian Health Services was as follows:

“Employees would be paid their regular wages for the first two weeks of illness. Worker’s compensation may apply, depending on the specific situation.”

Presbyterian also stated that the employees were not required to use accrued sick leave benefits first.

CHRISTUS St. Vincent Hospital responded with this answer (based upon an excerpt from a Q&A we recently shared with their Associates):

“Yes. If an Associate is excluded (quarantine) from work for 14 days as a result of a qualified work-related exposure, the Associate will be placed on paid leave subject to the number of hours the Associate would have normally been scheduled for that 14-day period. Managers should use the pay code “ADMLV.” This code will need to be entered by managers/timekeepers.  Hours paid during the leave period will not be applied toward overtime or shift differential payments.”

However, in the case of the University of New Mexico Hospital system (after multiple requests for clarification) the response we received indicates that employees will need to use their leave banks and worker’s compensation as quoted from their response below):

“UNM Hospitals employees who are self-isolated or quarantined due to a work related exposure can use any of their leave banks and can utilize the worker’s compensation process.

“We are following CDC and NMDOH guidelines about self-isolation for any exposure. Human Resources will work with each employee if they are exposed to provide them guidance, as we always do.”