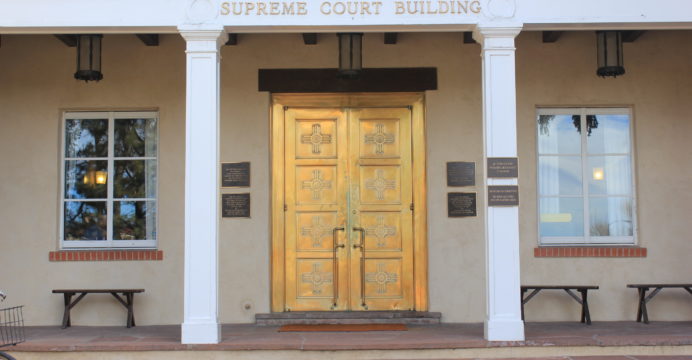 Battle of the Branches … Legislature Versus Governor Before State Supreme Court.

Battle of the Branches …

Voting to begin the process of suing Governor Susana Martinez over several of her vetoes, including those regarding the budget which eliminated funding for the legislature and higher education, sets the stage for an interesting few weeks ahead for the entire state of New Mexico.

There has been plenty of steam rising from the Roundhouse since the Governor vetoed several legislative measures, especially the budget and revenue bills.

While the effort to file suit against the Governor, as well as whether the vote of the Legislative Council was bipartisan or along party lines, has not been totally explained as of the publishing of this story, it appears that both sides of the battle are assessing their strength – political and legal footing is critical to each branch of the government.

What’s interesting is both branches of government are calling for a special session to be convened. 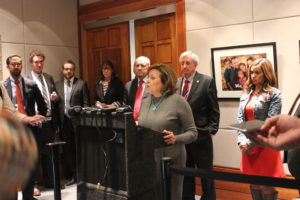 The Governor announced even before the end of the regular session, and has reiterated since then, that she felt the legislature had not done its job and she would call a special session to finish it.

Legislative leaders have countered that they believe the Governor acted in violation of the state’s constitution in the manner she vetoed budgets for the legislature and higher education, along with several other matters it passed along to her.

So in addition to announcing they would file a legal challenge of her actions to the state’s highest court, the Legislative Council also indicated they are gathering enough signatures from  legislators to call for an “extraordinary session” as laid out in the state constitution because “… in their opinion an emergency exists in the affairs of the state of New Mexico …” which then triggers a requirement the governor “… within five days from the receipt of such certificate or certificates, to convene said legislature in extraordinary session for all purposes …” 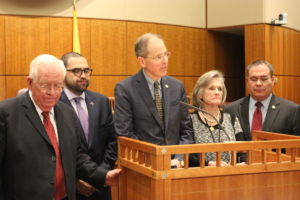 But if the legislature were to reach the standard, they could set the agenda and not be limited by the Governor’s list of items to be debated under the provisions of her calling for the special session.

This play of political passions will be interesting to watch.

But more important to the people of New Mexico is this question: Is the battle between the branches about real policy and compromise, or is it all political posturing?

The Candle will be publishing more on that question in the next several days.

The following are the statements of the legislature and the executive branches of state government:

“Following the legal briefing given by attorneys to the Legislature, the Legislative Council has made the decision to officially begin the legal process necessary to ensure the state constitution is upheld. As legislators, we take our oath to support the constitution and the laws of the state seriously. A strong system of checks and balances is crucial to the success of our democracy.”

The Governor’s spokesperson Michael Lonergan released the following statement in response to the council’s action:

“This just demonstrates that the Senate is more interested in jamming through one of the largest tax increases in state history than coming together in a bipartisan way to find compromise. This is something that we could solve during a special session, but they would rather take the same ‘my way or the highway’ approach as they did when they tried raising taxes while refusing to come to the table to negotiate. This isn’t the way government works. The governor remains disappointed that they continue to dig their heels into the sand and shirk their responsibility to do the good work of the people. Regardless, the governor is going to continue to try to work together to find common ground and solve this budget crisis.”