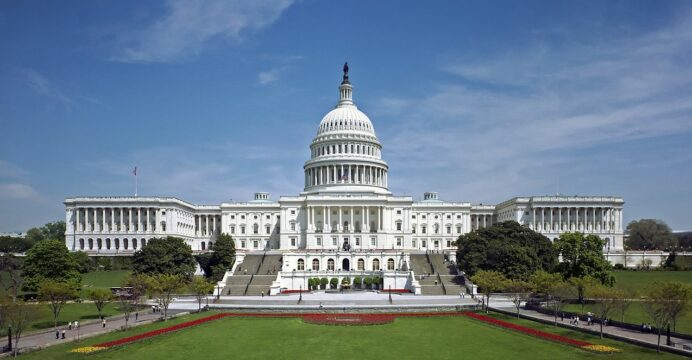 As Hospitals Wait for Federal Aid, Some Layoff or Furlough Employees.

Earlier this week the prestigious Mayo Clinic announced that beginning in May it will furlough as many as 30,000 of their staff throughout the United States to deal with the losses it is sustaining due to circumstances which limited hospitals to providing care for emergency and COVID-19 patients .

New Mexico hospitals are also facing the same financial problems, and while some like UNM Hospital and Presbyterian Healthcare Services (PHS) have not laid off or furloughed employees, several polled by The Candle have ended up sending hundreds of healthcare employees home, at least temporarily.

CHRISTUS spokesman Arturo Delgado wrote, “This is not the same as a furlough, as all 300 remain employees and we continue to pay for their core benefits for the duration of the leave period. Some may be called up sooner in the event of a surge.”

According to hospital spokesman Ryan Perkins, Las Cruces’ Memorial Medical Center, which is owned by LifePoint Health, placed approximately 125 employees on temporary leave with partial pay equaling 25% of their salary for their time on leave.

San Juan Regional Medical Center spokeswoman Laura Werbner wrote in an email, “Our entire senior leadership team and many of our San Juan Health Partners providers have taken a reduction in pay. In addition, we have implemented temporary furloughs for members of our workforce…”

Holy Cross Medical Center in Taos has resisted “layoffs or furloughs,” according to CEO Bill Patten.

“In fact, we are paying our employees an extra $2.00/hour “loyalty differential” for the next 4 months; this will cost us about $400,000,” Patten wrote in an email to The Candle.

But Patten offered this as well, which speaks to the nervous feeling many hospital managers and employees share:

“If the new round of federal support doesn’t give us adequate money, our hand may be forced but we are trying hard to delay making those kind of decisions knowing that it will end up costing us more to recruit new staff – hope that makes sense.  We also have about $2M in mill levy that can be used as a last resort.”

Governors and state legislatures are also waiting on federal funds to help mitigate the financial calamity many health institutions face.

However, as hospital administrators and other providers anticipate federal assistance to kick into gear, they are not convinced that what has been passed by Congress is going to save them from financial collapse.

These concerns were articulated on Tuesday in a press release from the American Medical Group Association (AMGA), a trade organization representing hospital groups and physicians throughout the United States, suggesting “it will take as much as $318 billion to replace just half of the revenues hospitals and physicians will lose over four months…”

(The CARES funding approved in March and the funding in the bill just passed by Congress for hospitals groups, etc., still falls short of the expected losses.)

When asked if his hospital has communicated to the New Mexico Department of Health and the Human Services Department their concerns about the financial strain they are under, Patten wrote

“Yes – we tell our story to anyone who will listen!  While in regular contact with the NMHA and DOH, I also had the opportunity last week to brief legislative staff members from all of the elected federal offices representing Taos.”

Holy Cross has experienced some rough financial times off and on since 2013, when it laid off a significant number of its employees.

Like hundreds of rural hospitals across the United States, it has experimented with numerous approaches to stay solvent.

The Taos County governement and its residents have stepped in at various points to help keep the hospital alive.

But even with that help, not that long ago it had a perilously low number of days cash on hand and struggled to make vendor payments.

Patten acknowledged that due to “the one-time payments from the new federal programs, our cash today is better than it has been in years.”

“But,” he was quick to add, “we are expecting our collections to fall off the table by the end of the month and we will quickly burn through cash in order to make payroll and pay the bills.”

COVID-19 has put healthcare front and center in America.

If there is a silver lining to the current coronavirus disease pandemic, it may be small hospitals, and hospitals in general, are again seen as an integral part of the community – a part worth preserving and finding ways for them to transition in a changing world.