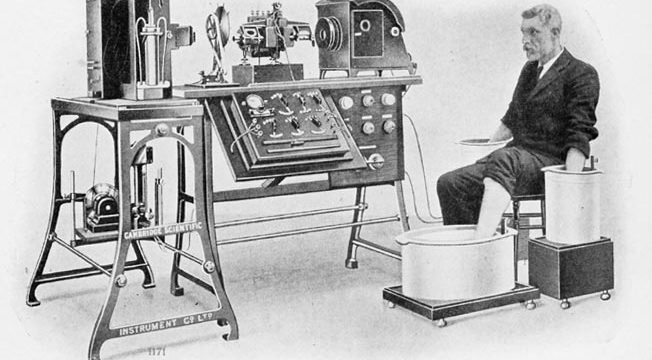 So, it looks like procrastination will prevail over the writing of a new treatment plan for New Mexico’s economic and governmental disorders.

Today, in Santa Fe, the legislature will convene and likely adjourn quickly – keeping in place antiquated apparatus and procedures which are barely keeping the patient alive – methods which harken to a time when the land of enchantment became the 47th state.

The governor signed a budget bill a few days ago, containing language fashioning a one-time bonding device to borrow money to balance the budget.

And as the finger pointing ensues over who is to blame for a bottomed-out economy, the public holds its collective breath – hoping bond rating agencies don’t notice that the proverbial can labeled: ‘revenue reform’ is once again, clinking down the road.

Governor Martinez vetoed the revenue bills passed by the Democratically controlled House and Senate (with some Republican support), just as she warned she would do the day before the special session began, unless legislators tackled tax reform.

After Speaker Brian Egolf (D – Santa Fe) told Matt Grubs of the Santa Fe Reporter, and other journalists, that “We’re not going to do it. It’s dead,” before the session started, the governor’s spokesperson, Michael Lonegran wrote in email, “If the Speaker doesn’t want to consider tax reform, then he shouldn’t waste time passing tax hikes, because they will all be vetoed.”

Failing to engage the challenge of Governor Martinez in the so-called reform she was suggesting, the Democrats also chose (as they did in the sixty-day session) to walk away from offering their own version of a fairer way to pay for state services.

The leaders of the Democratic party in the house and senate instead announced to the people of New Mexico that reform was essentially too heavy a lift for them in the special session.

That contrasts with announcements and reports indicating the Democrats were sincere about reforming the revenue picture.

As written about in a NM Voices For Children communication, it was reported by Joey Peters of NM Political Report, on December 22, 2016, regarding efforts to reform the state’s reliance on out of date revenue policies:

“Yet incoming state House of Representatives Speaker Brian Egolf and incoming state Senate Majority Leader Peter Wirth, both Democrats from Santa Fe, signaled their support for a broad overhaul at the conference.

“Egolf said he is “absolutely committed to putting tax reform forward” and Wirth said that in the past, the legislature often approved an annual “Christmas tree bill” that would feature several tax exemptions for different items and industries. Wirth also noted that he voted for such measures in his decade-plus career in the legislature.

“The challenge here is to have the same bipartisan lovefest to do the opposite,” Wirth told the conference.”

So summing things up:

What happened in the sixty-day session with the promise about being “absolutely committed to putting tax reform forward” ?

And what happened in the special session?

When challenged by the governor to do reform in the special session, legislators instead appropriated $400,000 to do it later … to study reform in the interim.

That is a technique used extensively by legislators on both sides of the aisle to avoid issues (more on that in another story this week).

Unfortunately, in the months ahead, the state of New Mexico will continue to be a patient in critical condition, on an obsolete life support system.