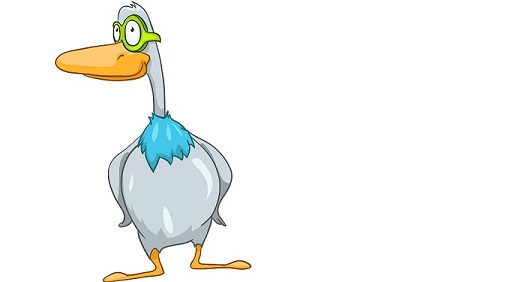 Democrats, YOU Won … So WTF?

Joe Monahan has been covering New Mexico’s political and governance scenes since, well for a helluva long time.

He has an enviable list of sources for all things politics which he refers to as his ‘alligators.’

And Joe and his sources are usually spot on about the way the Roundhouse operates, and why.

His posting for today, Monday, February 6, 2017, (especially the comments from Greg Payne – former legislator) could not be more accurate as to the lack of direction and leadership from the Democrats who were entrusted with improving the quality of life for New Mexico’s most vulnerable and the state’s working families.

This following quote from Payne is exactly correct – poverty, unemployment, poor education, despair are conditions these leaders read about while preparing to write a term paper in prep school:

“For many Democrats it is about ‘being there.’ They enjoy the status and the legislative perks and don’t want to rock the boat. They are not as deeply attached to the working and lower income classes that were once at the party’s core…”

Here is the entire post from today’s “New Mexico Politics with Joe Monahan”:

The somewhat stunning capitulation by legislative Democrats on cutting funding for the public schools and perhaps even shortening the school year is the cherry on the sundae for Governor Susana Martinez as she looks back on the first third of this 60 day legislative session.

It has been an impressive start for a lame duck Governor who sports dismal approval ratings. She has dominated the Roundhouse and public narrative and even had the Democrats deliver a dagger to their own hearts.

Dem Sen. Bill Soules introduced a measure that would allow the shortening of the school day and school year to resolve the state budget crisis. Down the line support of the public schools and its teachers goes to the very core of Democratic Party principles but apparently not so much anymore. Even the teachers” unions and school superintendents meekly appraised the measure and found merit in it. (This in of the worst educated states in the nation).

The old line says “we’re not in Kansas anymore,” but New Mexico could indeed soon be in that deep red state. Kansas, under the severe austerity and tax-cutting of a GOP Governor, oversaw the early closure of the schools there as state funds dried up.

That Martinez can push this hard and far in the aftermath of an election in which Democrats picked up two state Senate seats and regained control of the state House from the Republicans looks like political wizardry, but it is also due to a lack of strong Democratic leadership. Martinez’s personality dominates the stage and she has no equal in her opposition.

For many Democrats it is about ‘being there.’ They enjoy the status and the legislative perks and don’t want to rock the boat. They are not as deeply attached to the working and lower income classes that were once at the party’s core. That’s why you are seeing once sacred budgets for the public schools subjected to cuts with barely a whimper and why the Democrats are comfortable acquiescing so readily to the Republican Governor. Trump’s victory came because he reached many disaffected Democrats in the old Democratic Rust Belt states. There has been no similar populist figure here to ignite what was once the Democratic base. It floats on a sea of apathy and the Governor knows it.

The Democratic leadership has weapons at its disposal but has kept them under wraps. They could send to the Governor revenue enhancement measures in place of cutting school budgets and force her veto and explanation. They could sweep more unspent capital outlay and/or other reserve funds into the general budget to at least temporarily avoid the school cuts. And they could work with the schools to find more savings that make clear education in the classroom is not being gored.

Our experts at the start of this session predicted Gov. Martinez and the Democrats would avoid a clash, but it would be the Democrats surrendering, not her. So far, they have nailed it.

This is the home of New Mexico politics.

E-mail your news and comments. (jmonahan@ix.netcom.com)