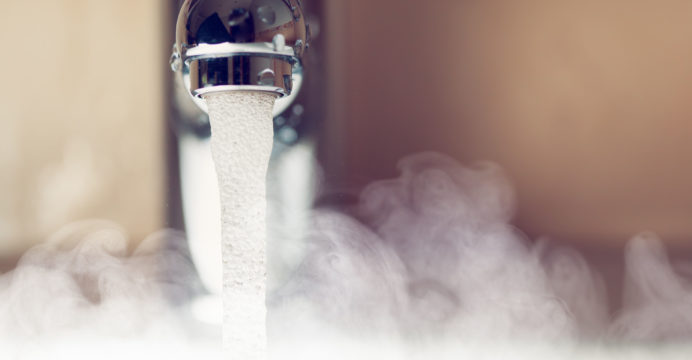 As the Augustin Plains Ranch has submitted a new application to the Office of the State Engineer to drill scores of deep water wells on their land that “sits atop a portion of an ancient lake that holds an estimated 50 million acre-feet of water”, it will be interesting to see who in the legislature will  metaphorically ‘be carrying the ranch’s water.’

What will be important to watch at this stage is not only the bills which appropriate money for water projects, and enabling legislation for planning large projects, but also for what is filed to allow the creation of “public-private partnerships” for the type of plan APR is advancing. Click here for a link to the APR page describing their idea of the public-private partnership they want to create.

In the next few days, The Candle will be conducting interviews with folks who feel APR is just another out of state entity (actually the owners of the ranch are Europeans) seeking to take advantage of New Mexico for their international economic interests.

Look for a new story next week. For now here is a little more on this important story.

In October/2010, NEWSWEEK published a story about international corporate interest in the world’s WATER supplies.

And during that same month a small, now defunct, political action committee, We Are New Mexico, warned the state that outsiders had their designs on the Land of Enchantment’s water. Not that an outsiders’ water grab would be unusual given New Mexico’s history.  But this story, years in the making, is bound to have many hidden plot twists.

It might just be a re-write of the China Town script inserting Augustin Plains Aquifer for the Colorado River and Rio Rancho or Santolina for Los Angeles.

Despite hope for a snowy and wet winter, water is likely to be high on agendas during the 2017 NM 60 day legislative session (it certainly has been during the interim committee process throughout 2016). We will be providing the who, what, and where regarding matters connected to the Augustin Plains Ranch proposed water grab.

Just a minute folks … a couple of questions?

Do policy makers at the Roundhouse and in Bernalillo and surrounding Counties really think no one is wondering where the water will come from for not only Albuquerque’s hoped for growth, but also Rio Rancho, Santolina, and now Facebook in Las Lunas?

Check back here in early January for a pretty detailed update.

(Note: The reporter on this story worked with the group We Are New Mexico, referred to above.)